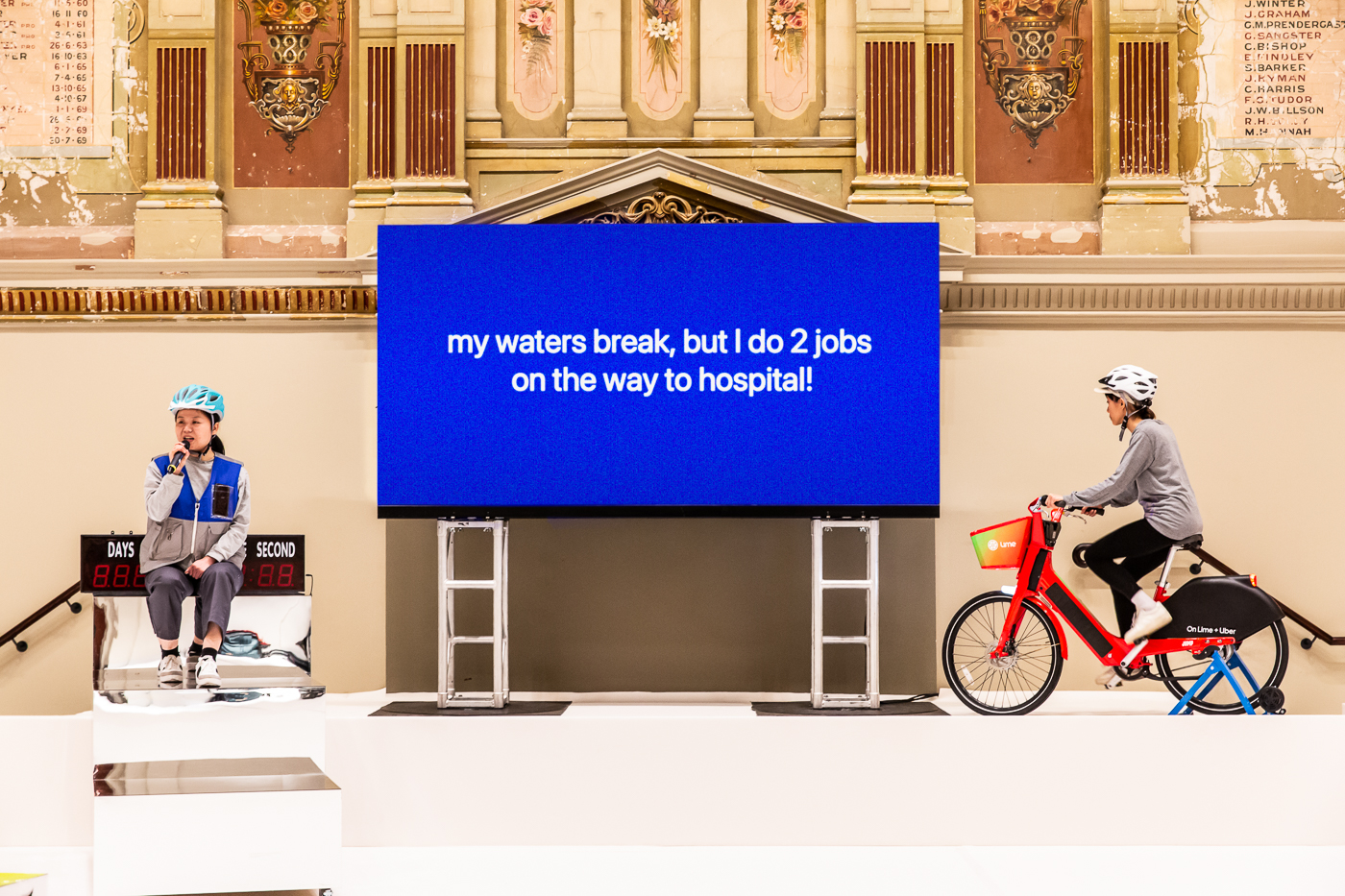 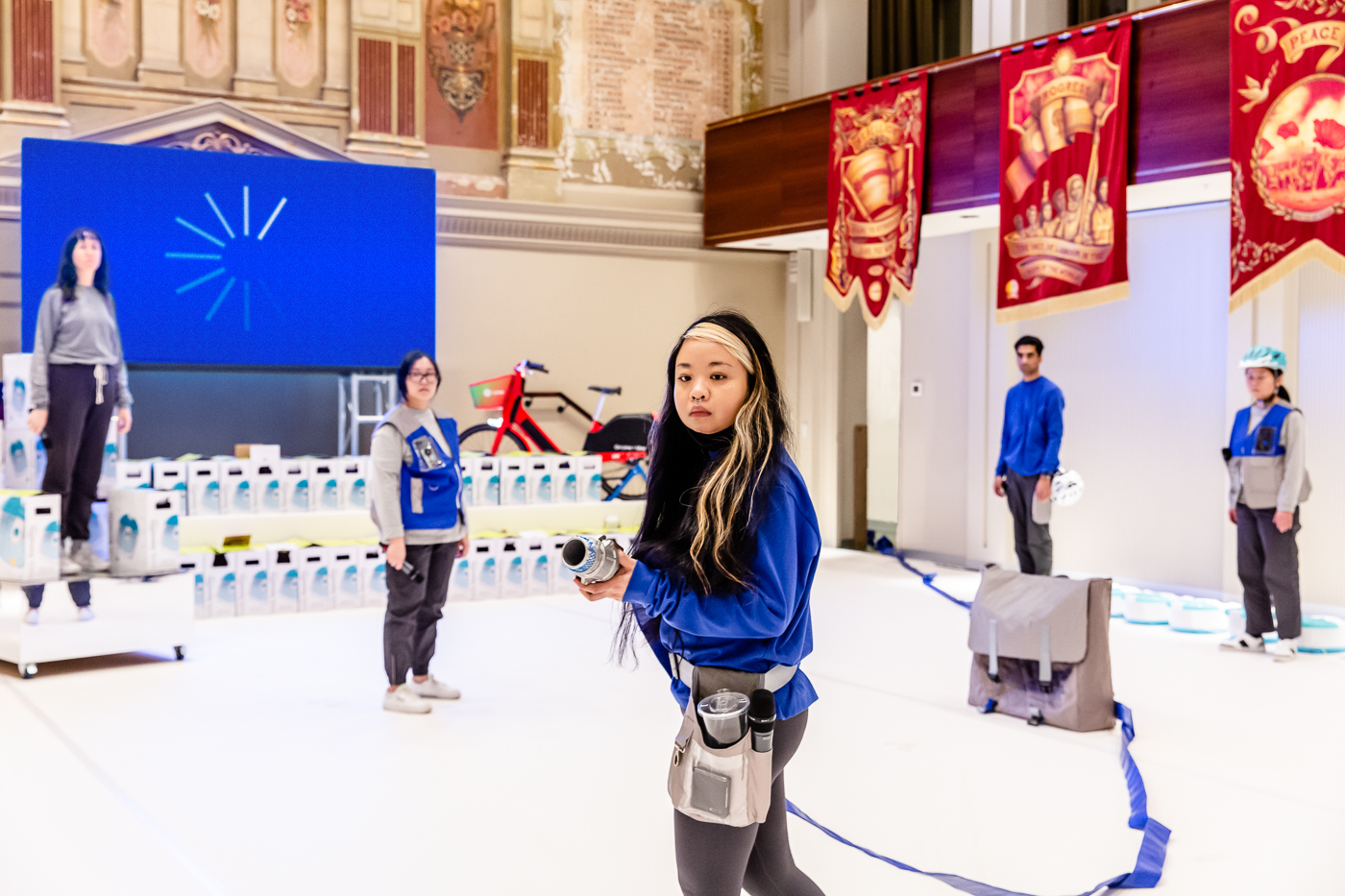 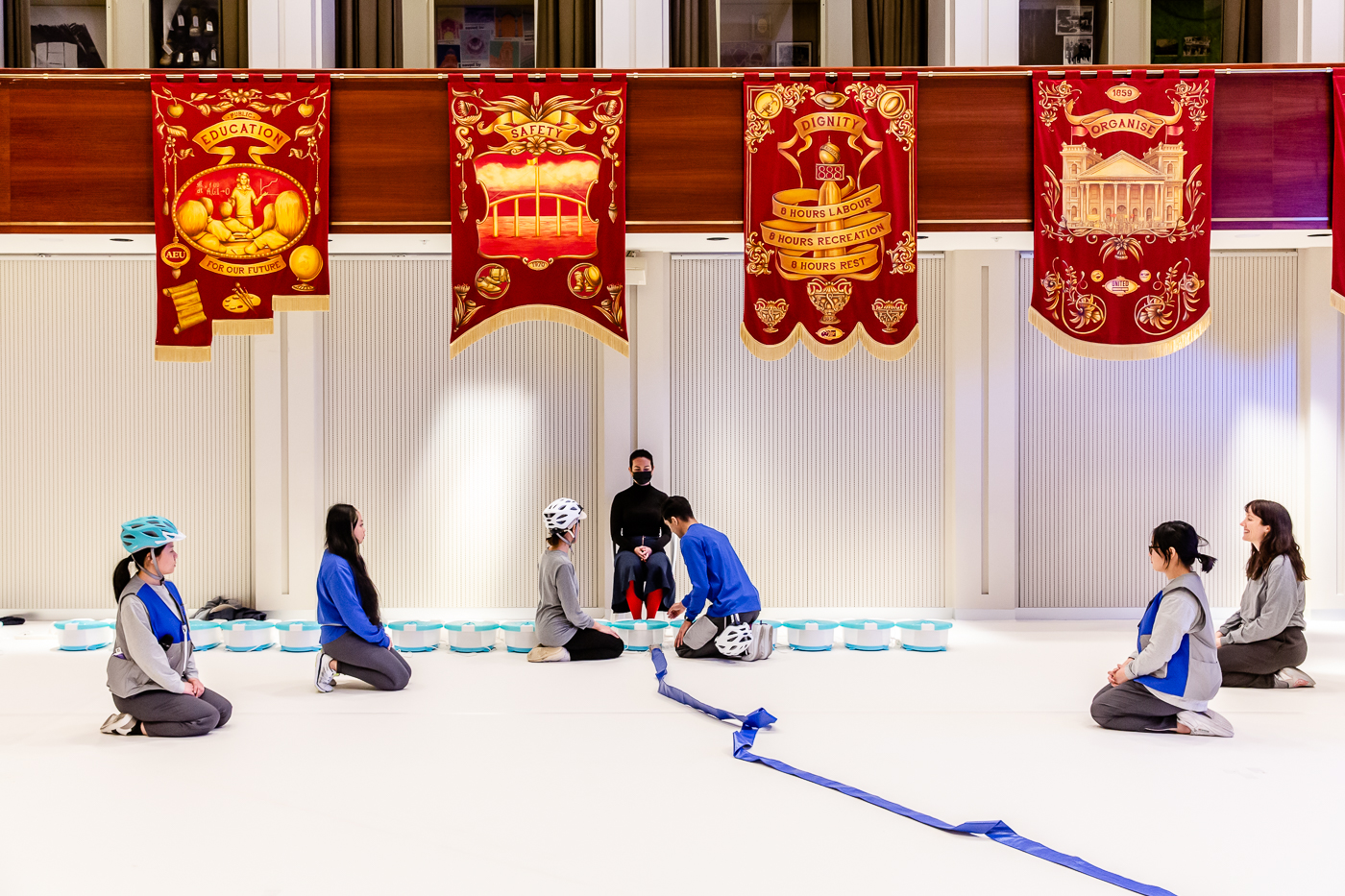 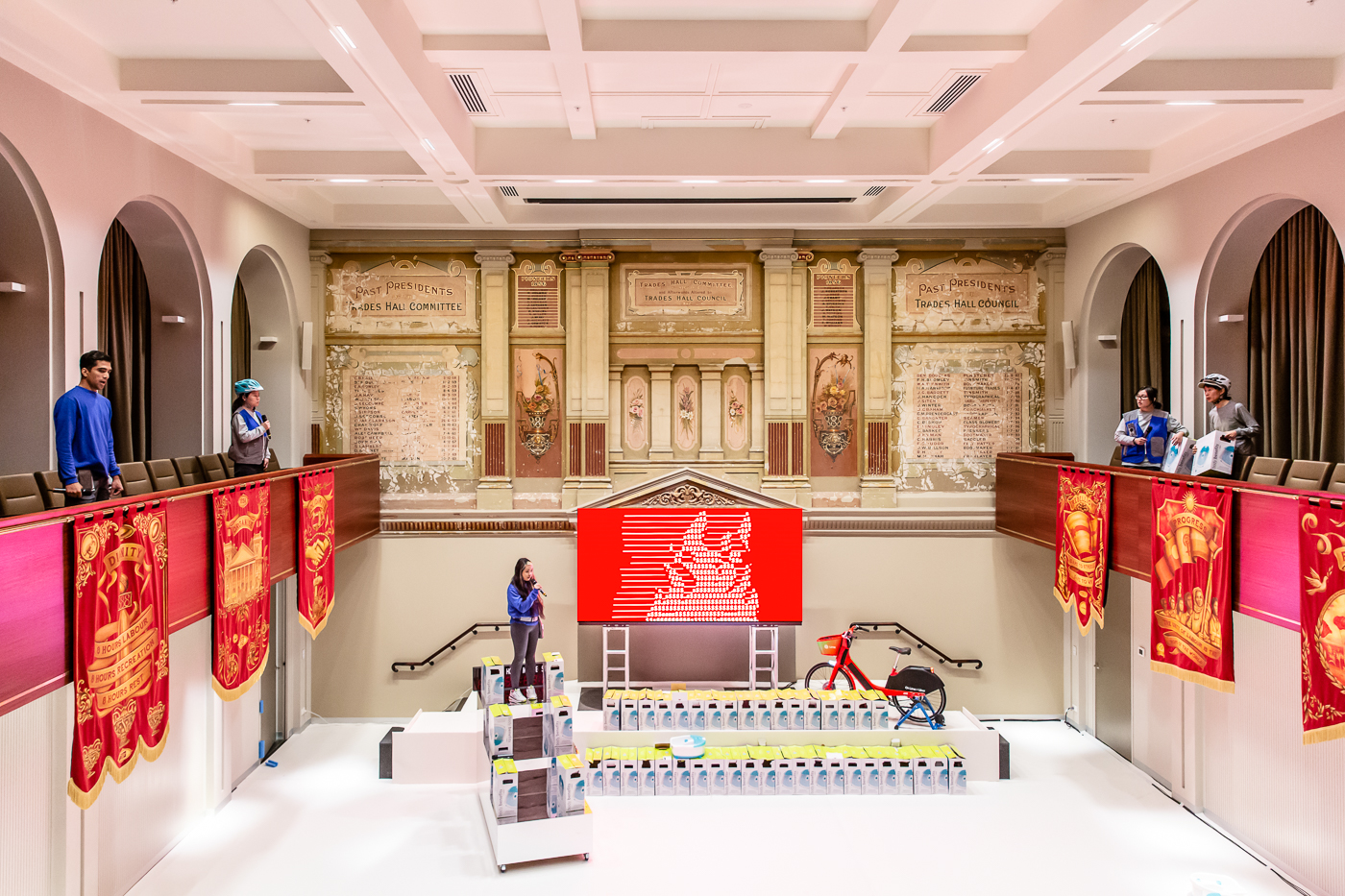 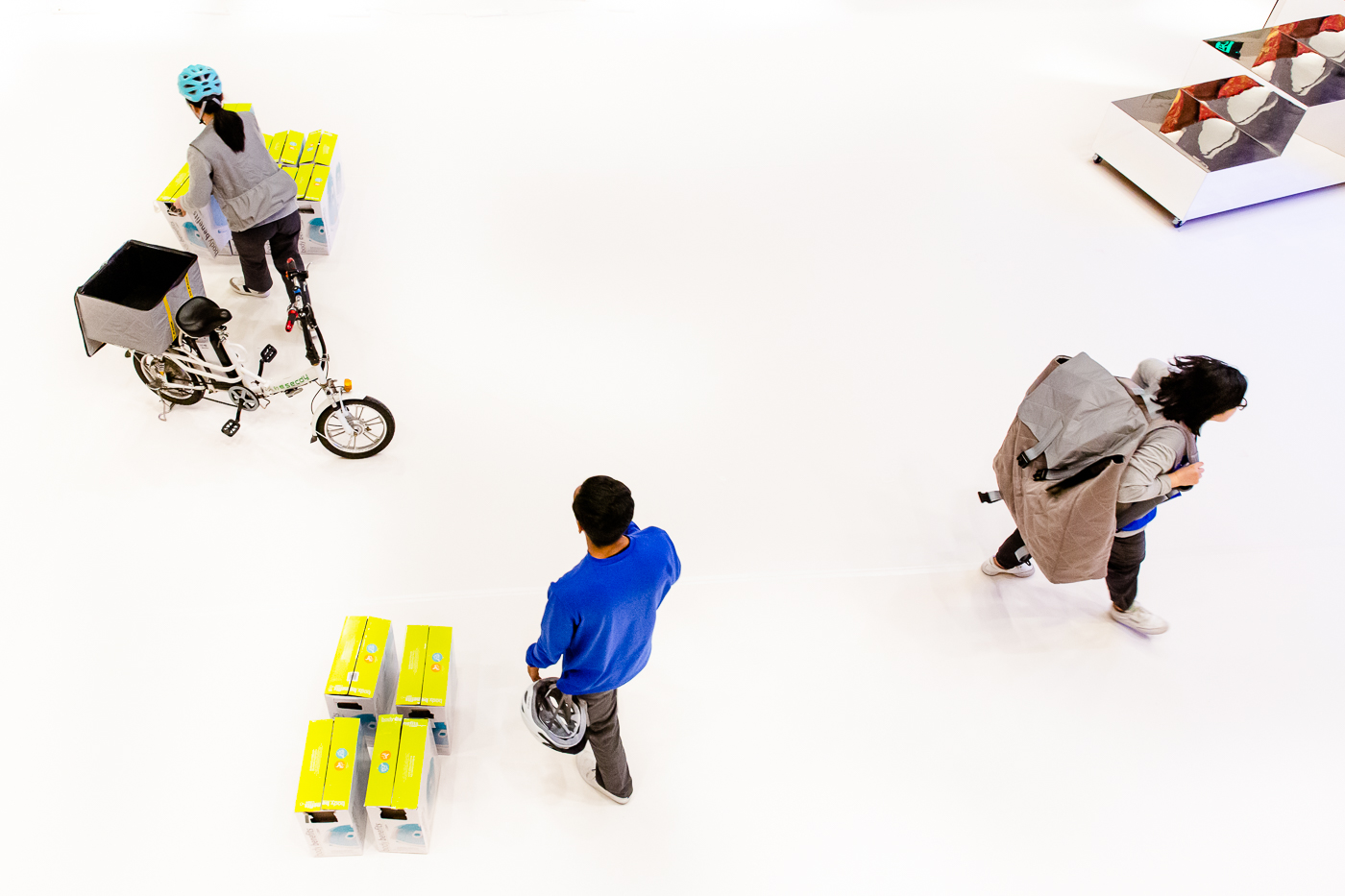 Gig workers of the world, unite!

EASY RIDERS is a site-responsive performance exploring work, precarity and the physical body in the digital age. Developed through a unique collaboration between artists and on-demand workers of the platform or ‘gig’ economy, EASY RIDERS considers how Silicon Valley’s technology and platform capitalism shape our bodies, behaviours, perceptions of time and our imaginaries. Inhabiting Trades Hall, EASY RIDERS honours the experiences and physicality of contemporary on-demand workers within the historical ‘beating heart’ of the labour movement and the eight-hour work day in Australia. EASY RIDERS asks: whose time = whose money? How much of our daily lives should be outsourced to others? At our most ‘efficient’, are we Übermenschen or über-assholes? Through movement, voice and collective action between ‘independent contractors’ of the gig economy and artists—come and witness a shift like no other unfold. The future of work is already here.

A digital version of the Easy Riders program is available here.

Commissioned by RISING. Supported by Victorian Trades Hall. The work has been made possible by the Restart Investment to Sustain and Expand (RISE) Fund – an Australian Government initiative; the Australia Council for the Arts, its funding and advisory body, The City of Melbourne through its Triennial Grants program 2018-2020, Creative Victoria through its Organisation Investment Program. APHIDS would also like to acknowledge the generous funding and support from partners; RISING Festival, the Centre of Visual Art, The University of Melbourne, the Australian Centre for Contemporary Art, West Space, Trades Hall and MPavilion.