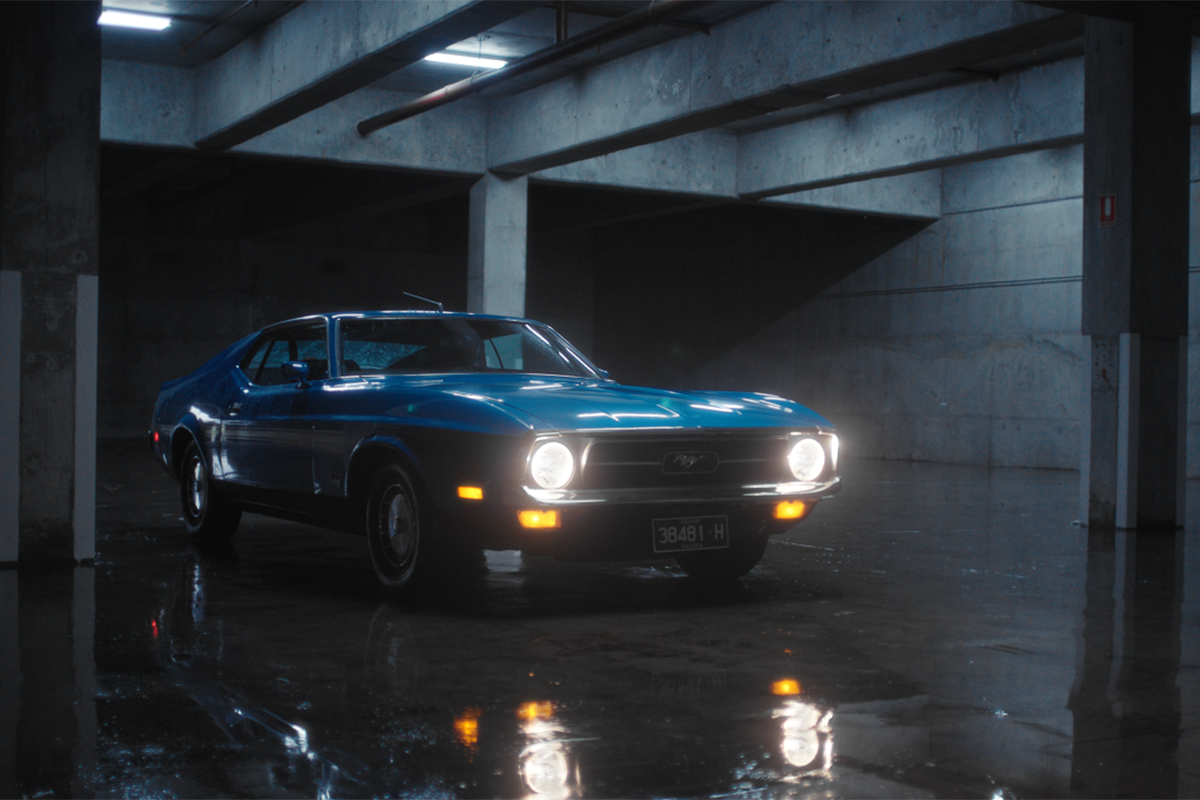 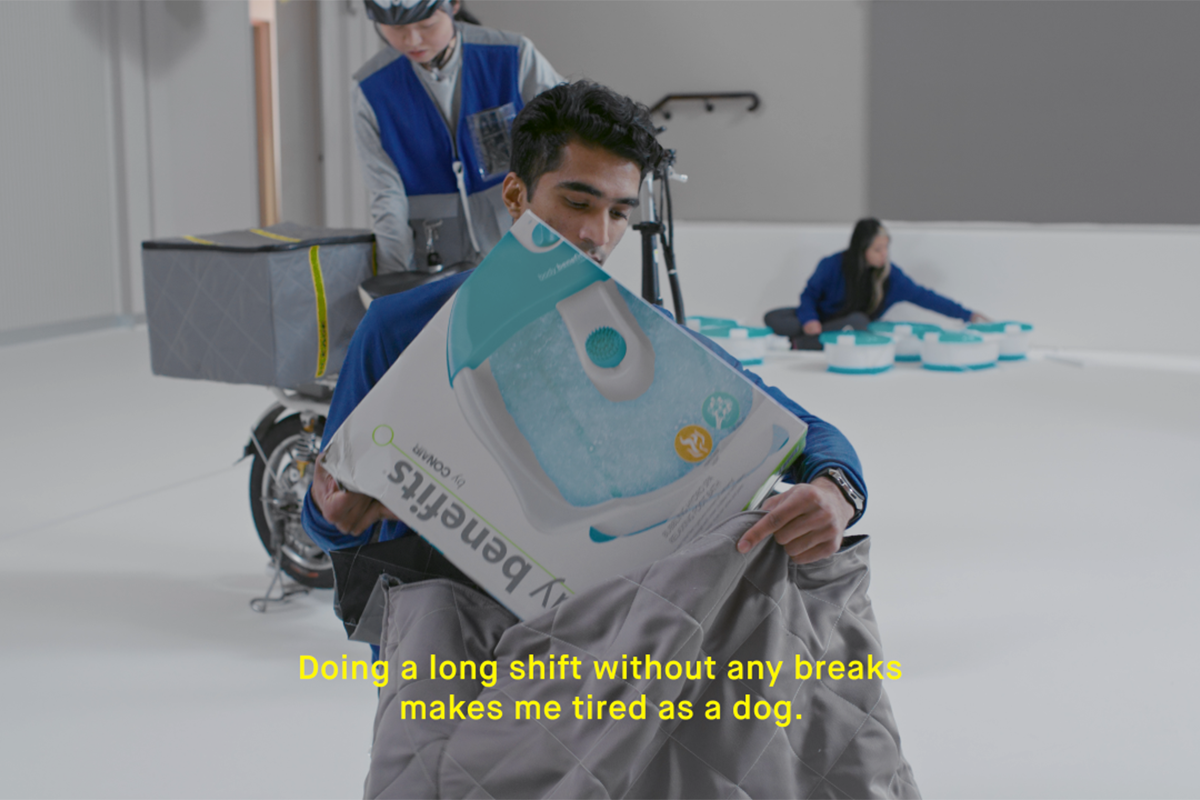 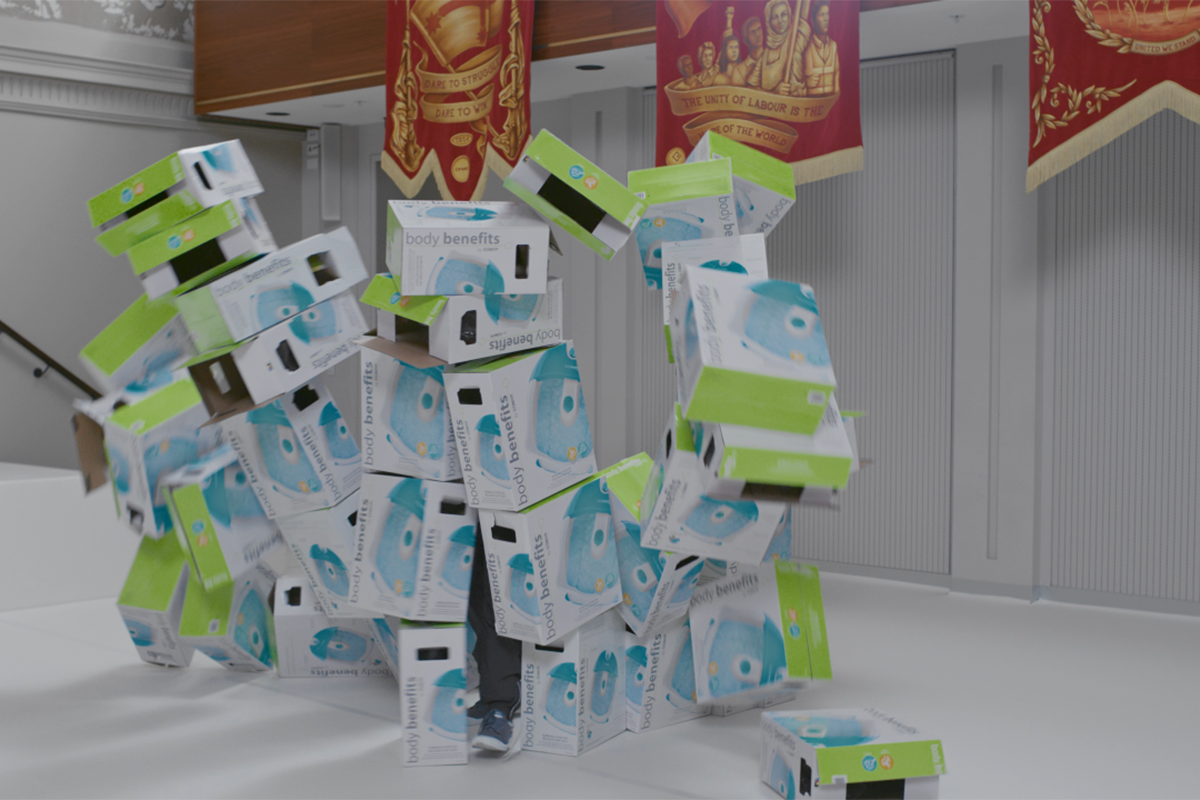 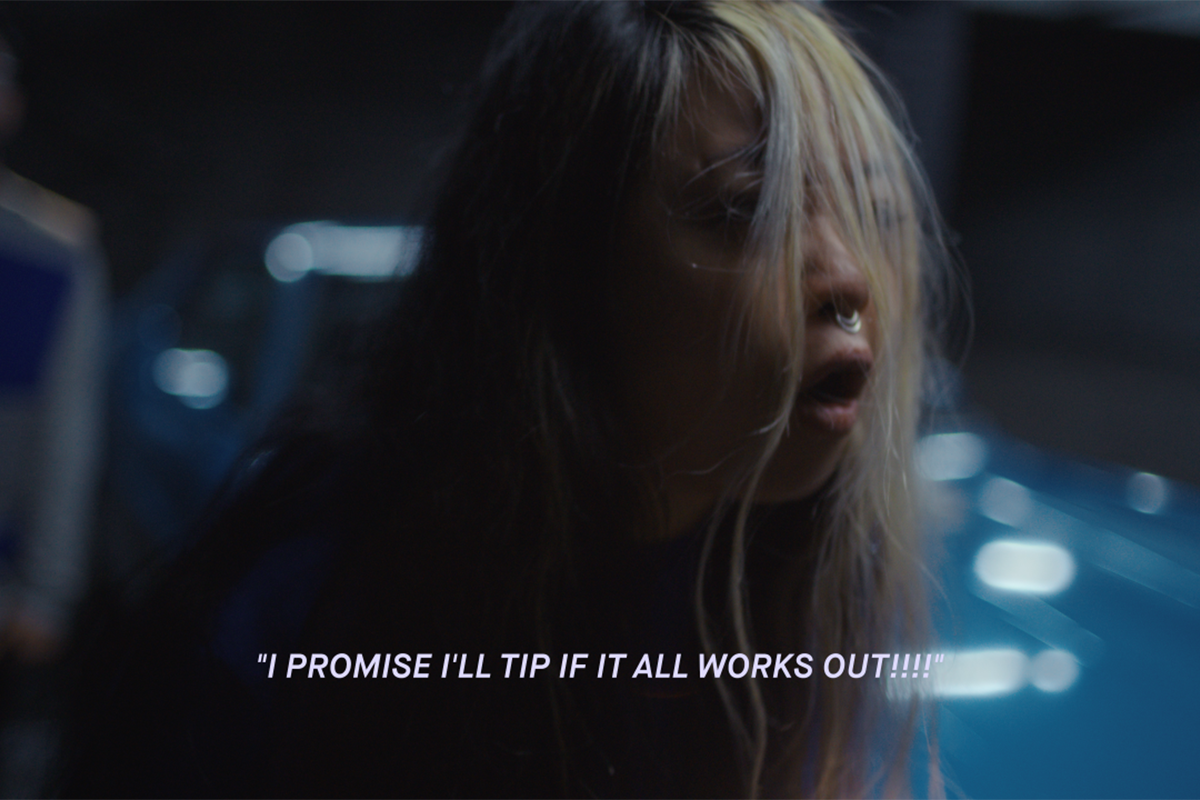 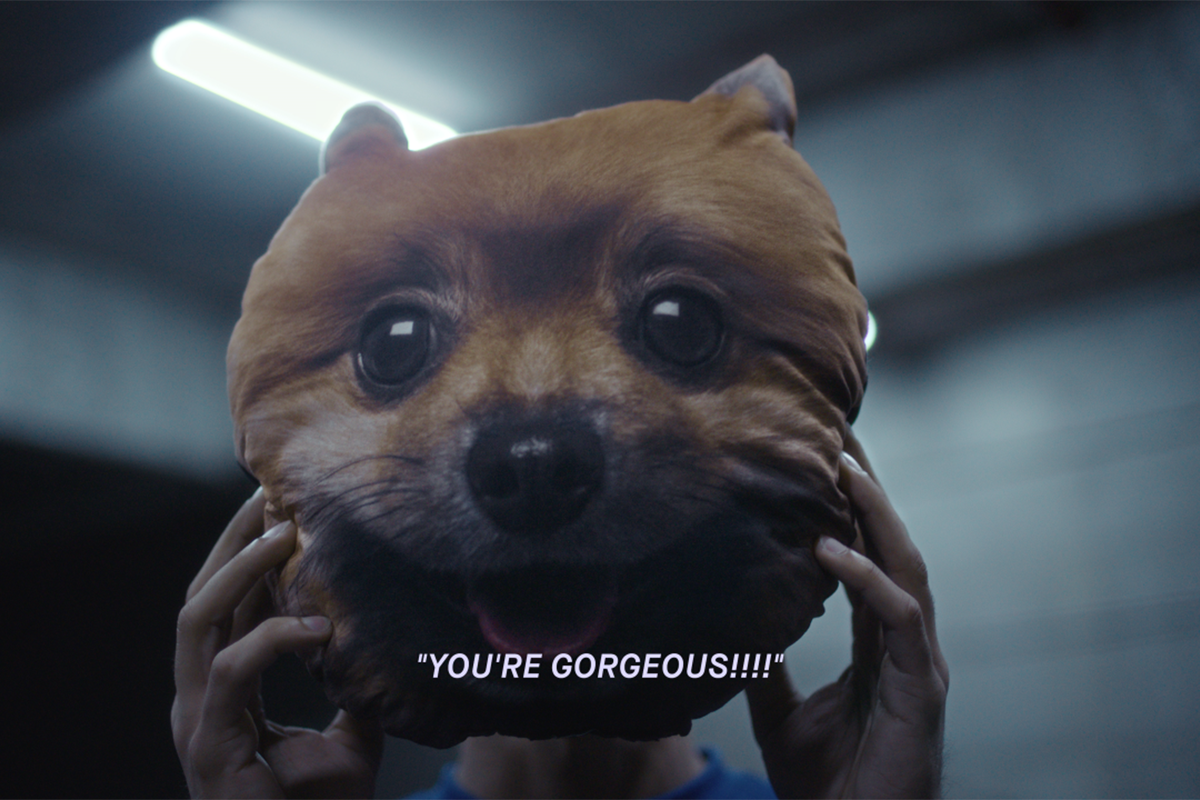 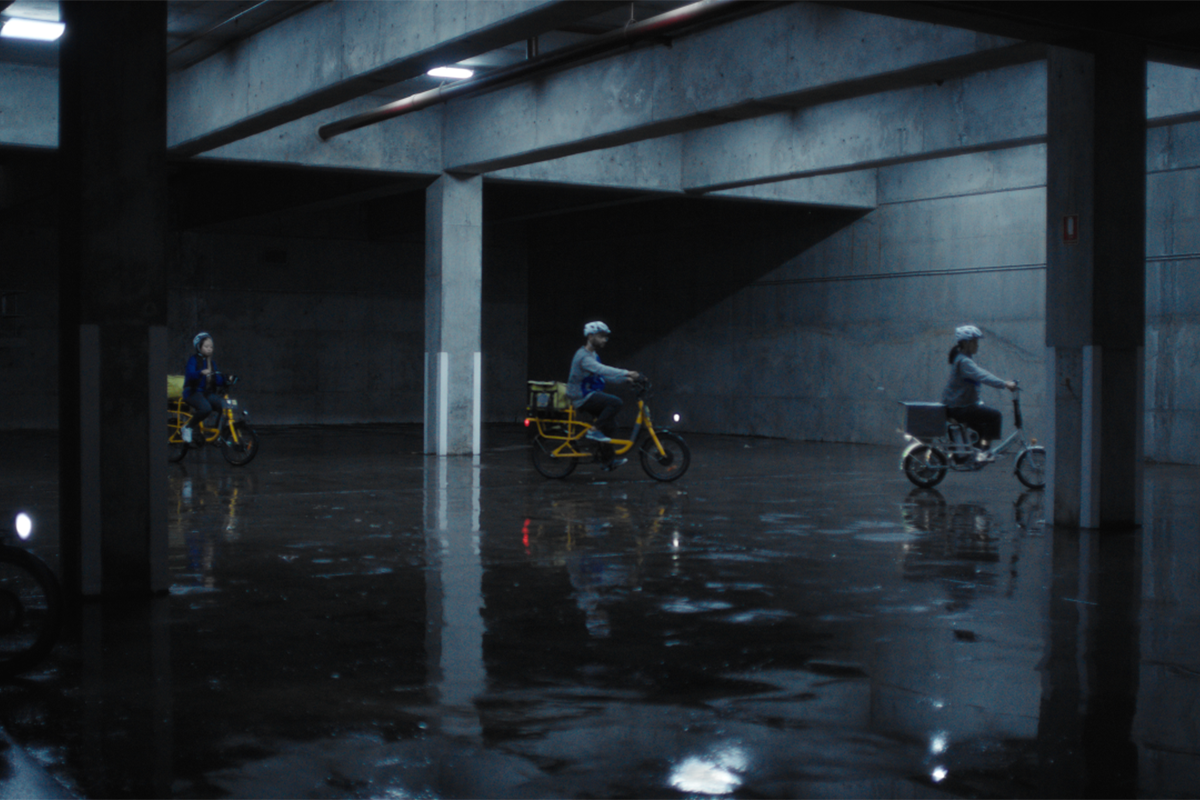 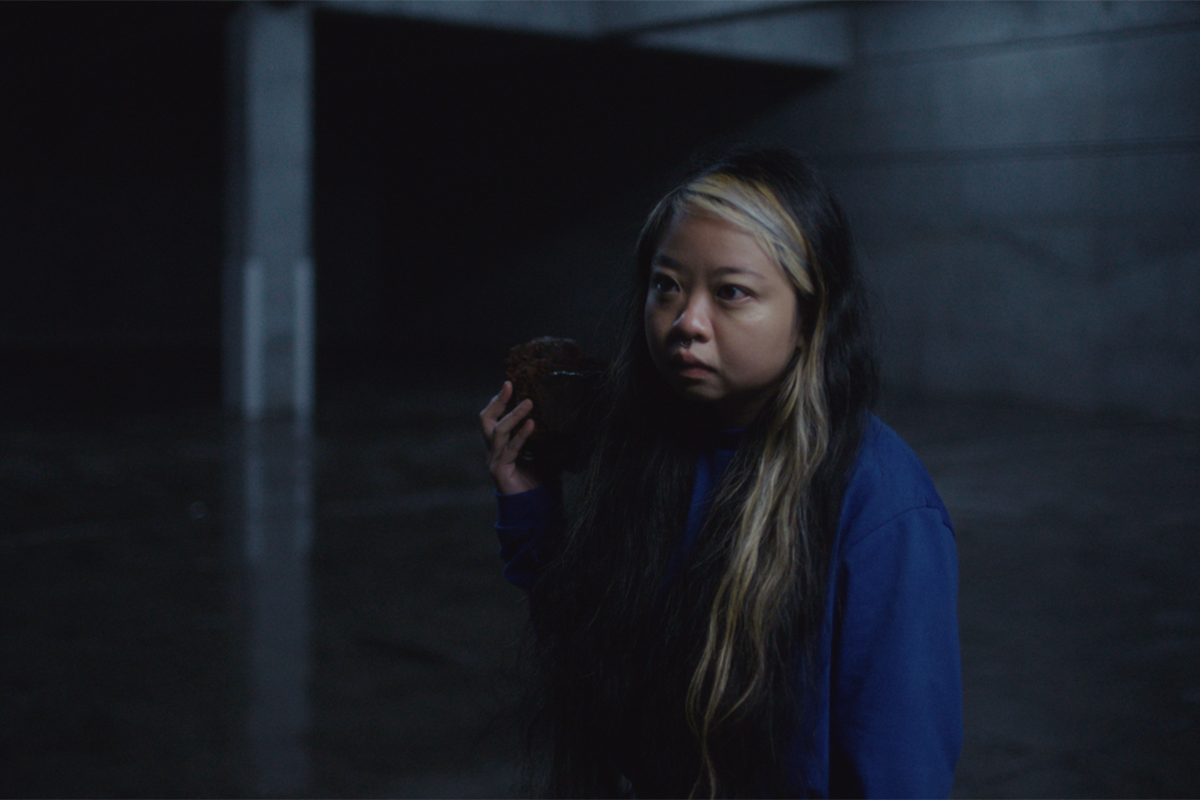 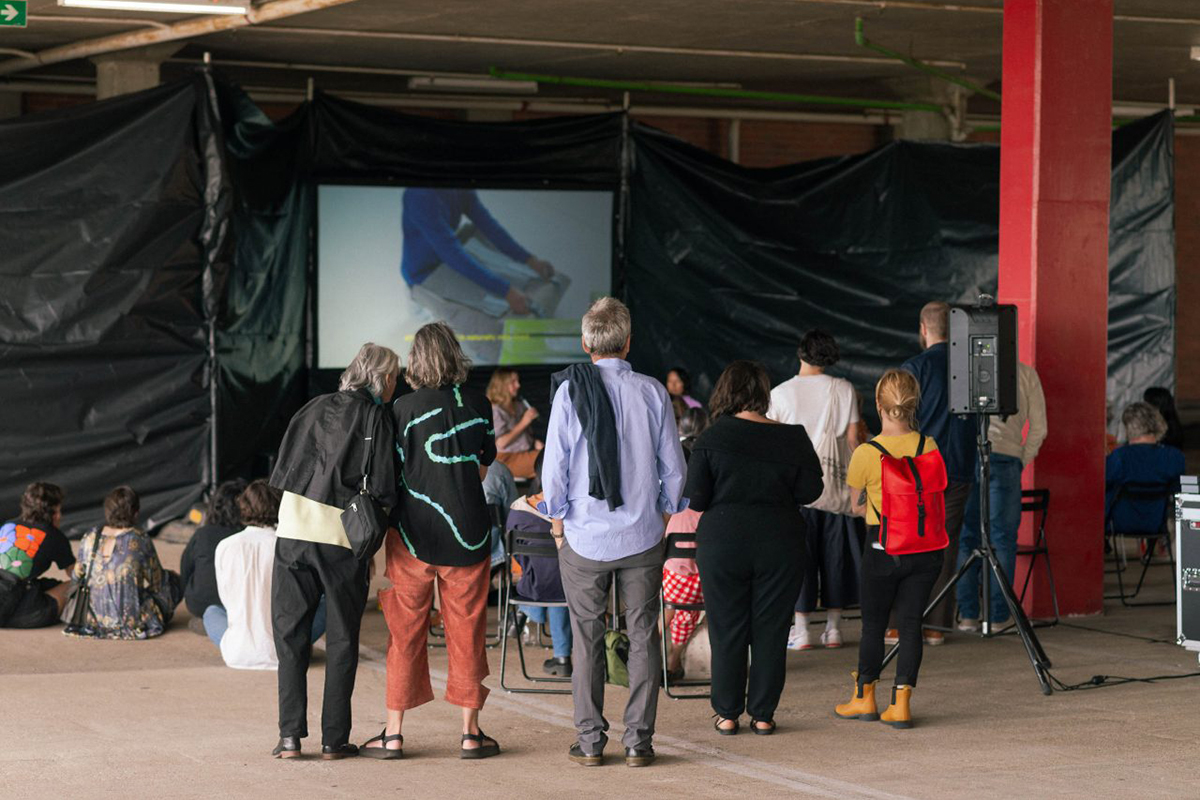 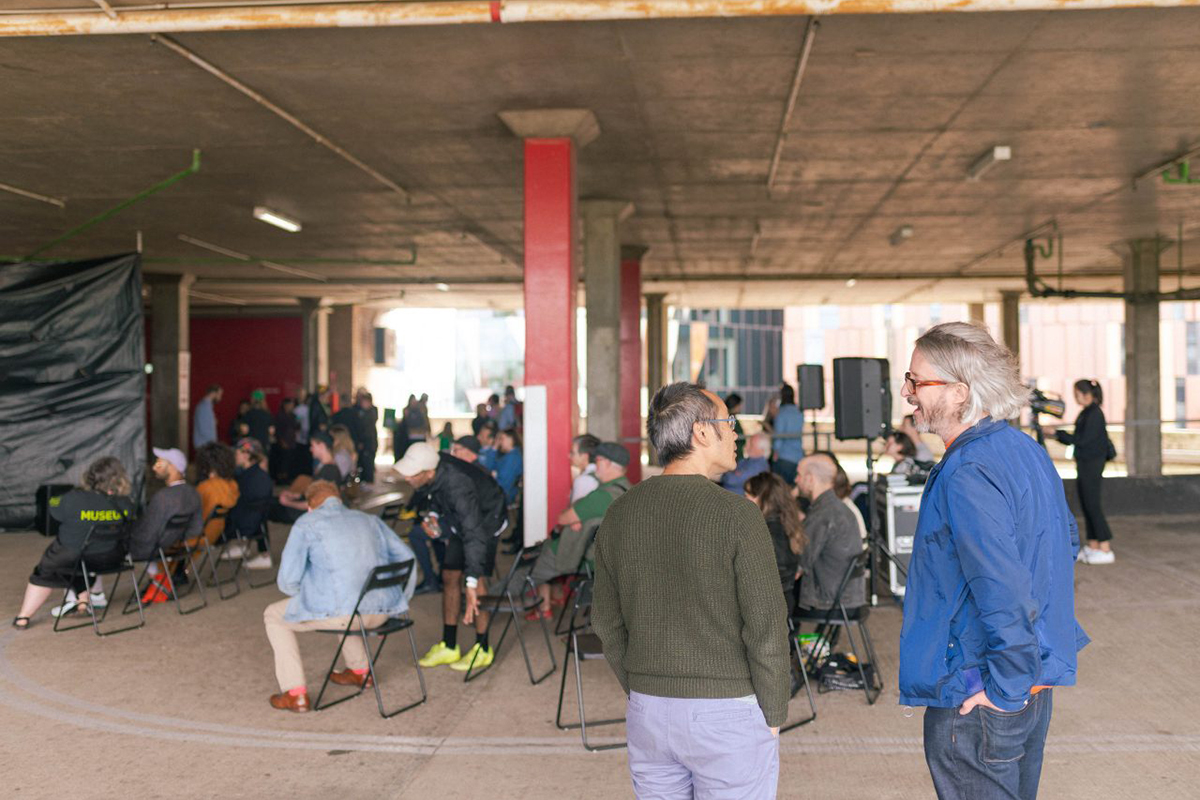 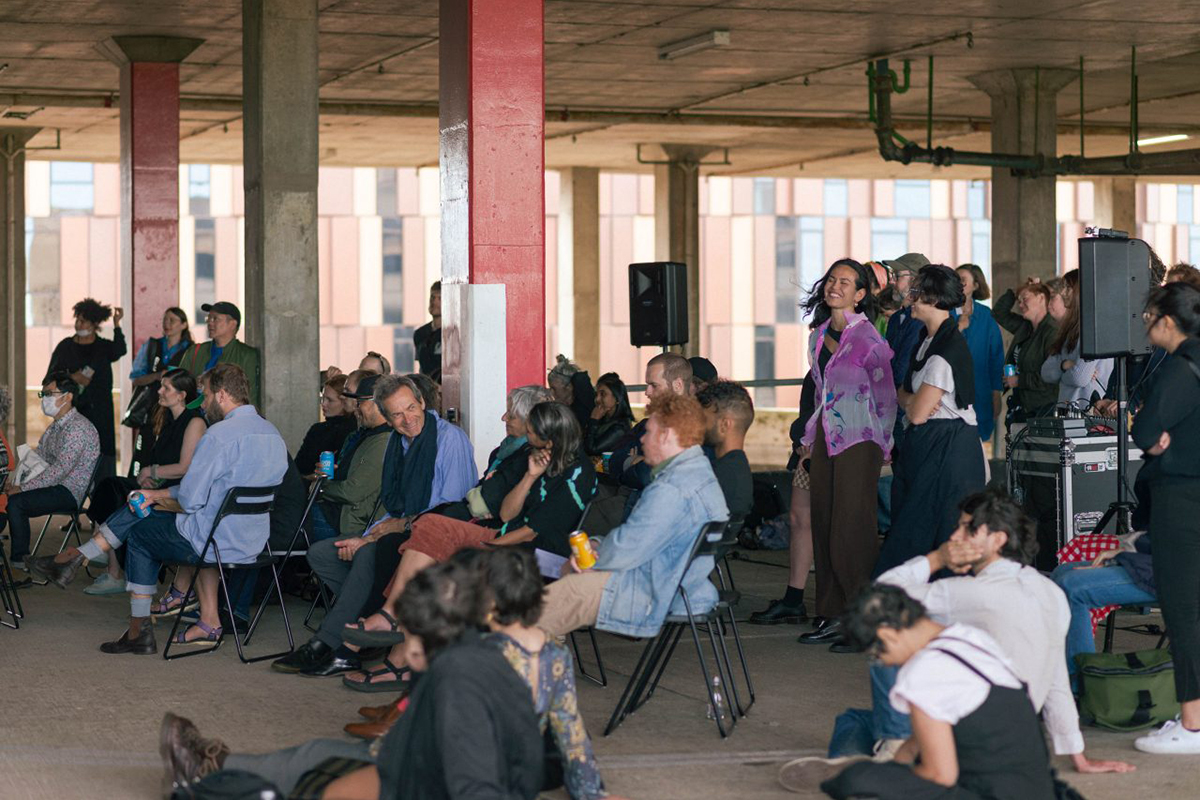 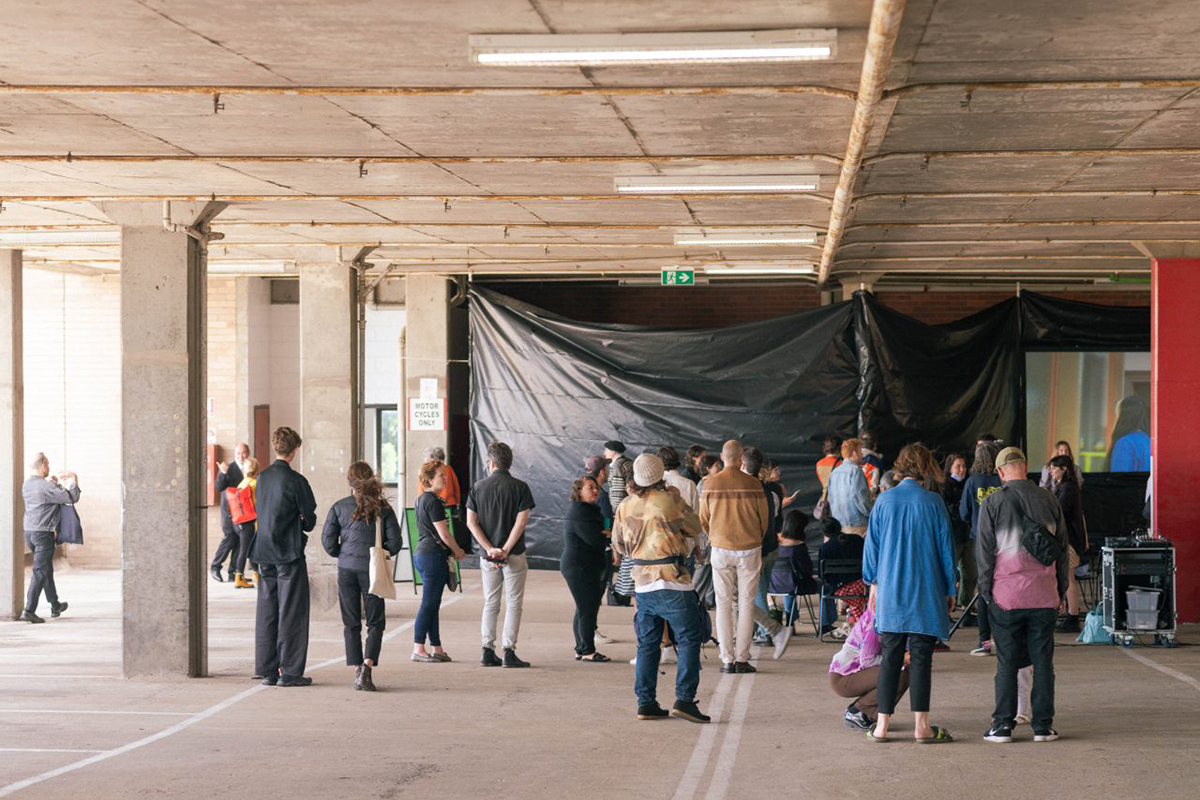 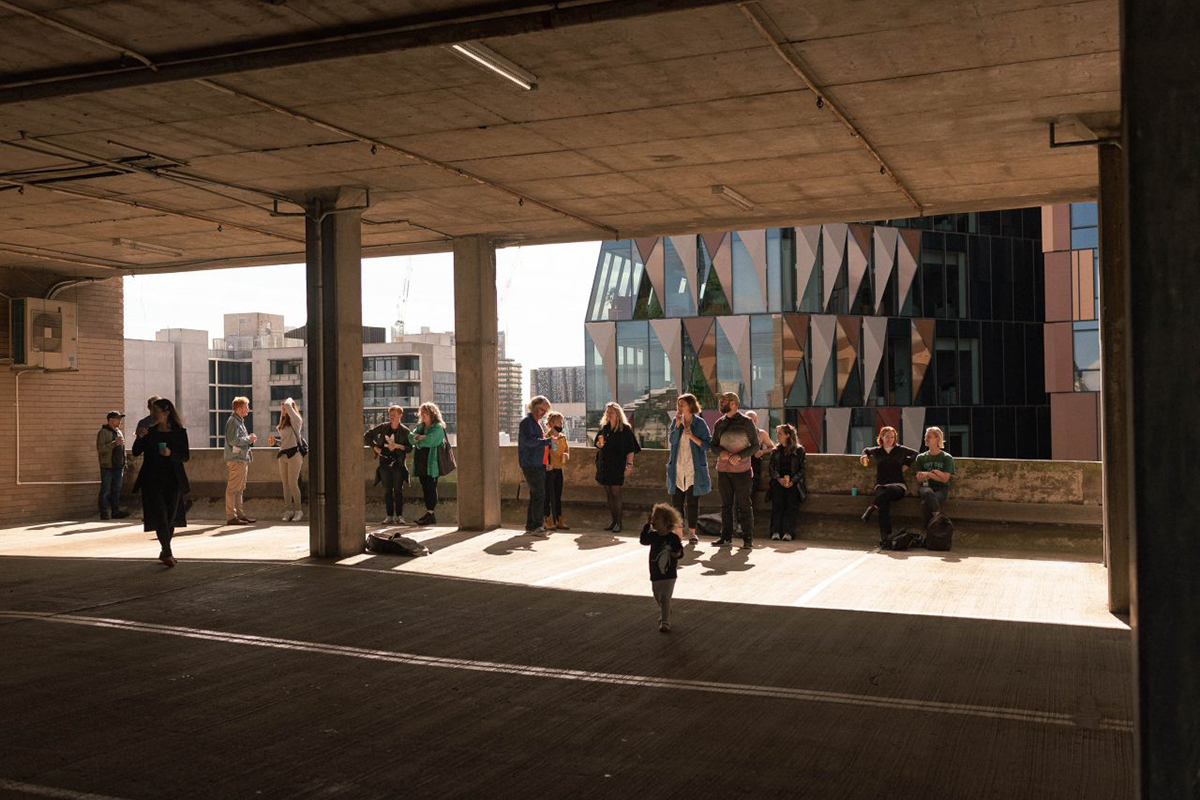 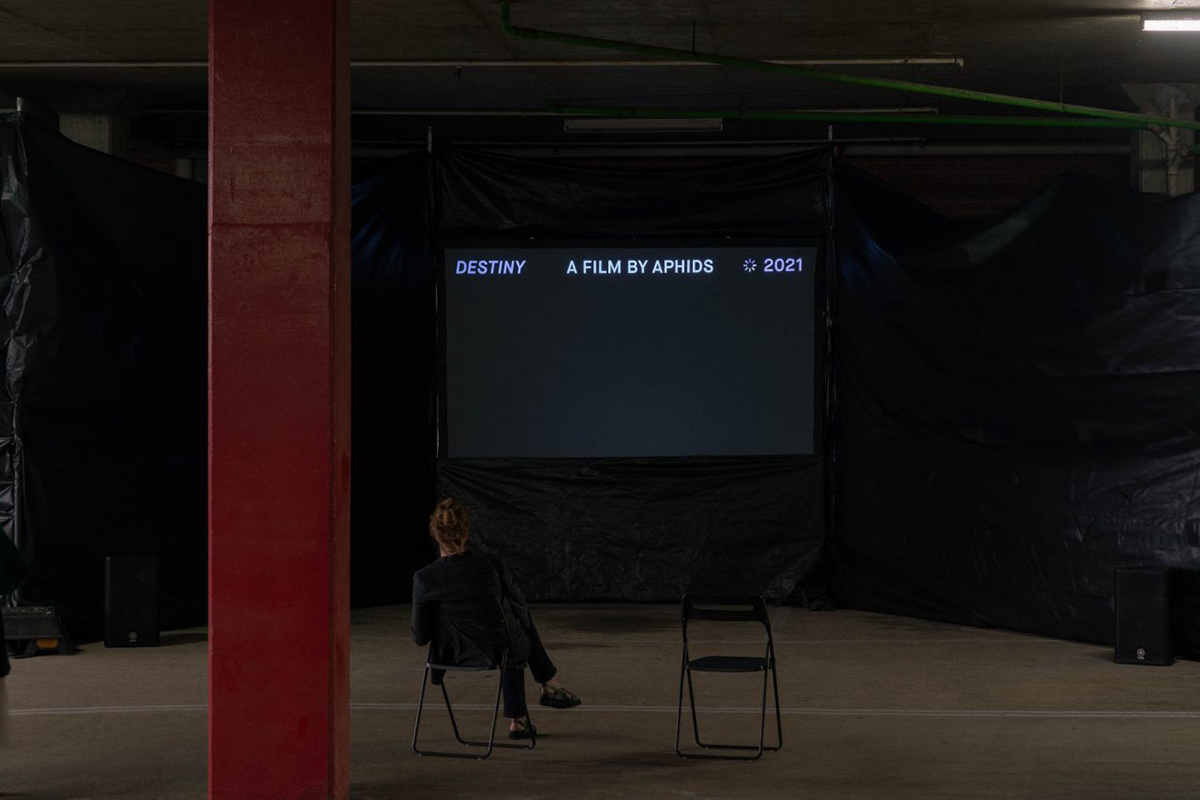 DESTINY (2021), is a moving-image work made in collaboration with on-demand or ‘gig economy’ workers, including rideshare drivers, food delivery riders and cleaners, that explores personal and global experiences of the platform economy. Against the backdrop of the historical union stronghold of Melbourne’s Trades Hall, four workers perform work in isolation, fueling an unseen ‘machine’ of platform capitalism: objects are delivered, unwrapped and accumulated en masse. An electric bike weaves around obstacles and entry points. The pace of work builds. Over time, through shared action, the workers transport themselves into a collective space, fleeting but real, of protest and resistance.

Mimicking the form of the eight-hour workday, DESTINY premiered as part of ACCA’s Who’s Afraid of Public Space? as a one-day only offsite project from 2-10pm at Cardigan House Carpark in Carlton in December 2021. Screened on loop throughout the day, DESTINY concluded with a public panel discussion from 4-5pm, furthering the consideration of embodied and racialised labour within the platform economy and how ‘convenience’ is shaping bodies, behaviours and perceptions of time.

Supported by: The work has been made possible by the Restart Investment to Sustain and Expand (RISE) Fund – an Australian Government initiative; the Australia Council for the Arts, its funding and advisory body, The City of Melbourne through its Triennial Grants program 2018-2020, Creative Victoria through its Organisation Investment Program.

APHIDS would also like to acknowledge the generous funding and support from partners; RISING Festival, the Centre of Visual Art, The University of Melbourne, the Australian Centre for Contemporary Art, West Space, Trades Hall and MPavilion.