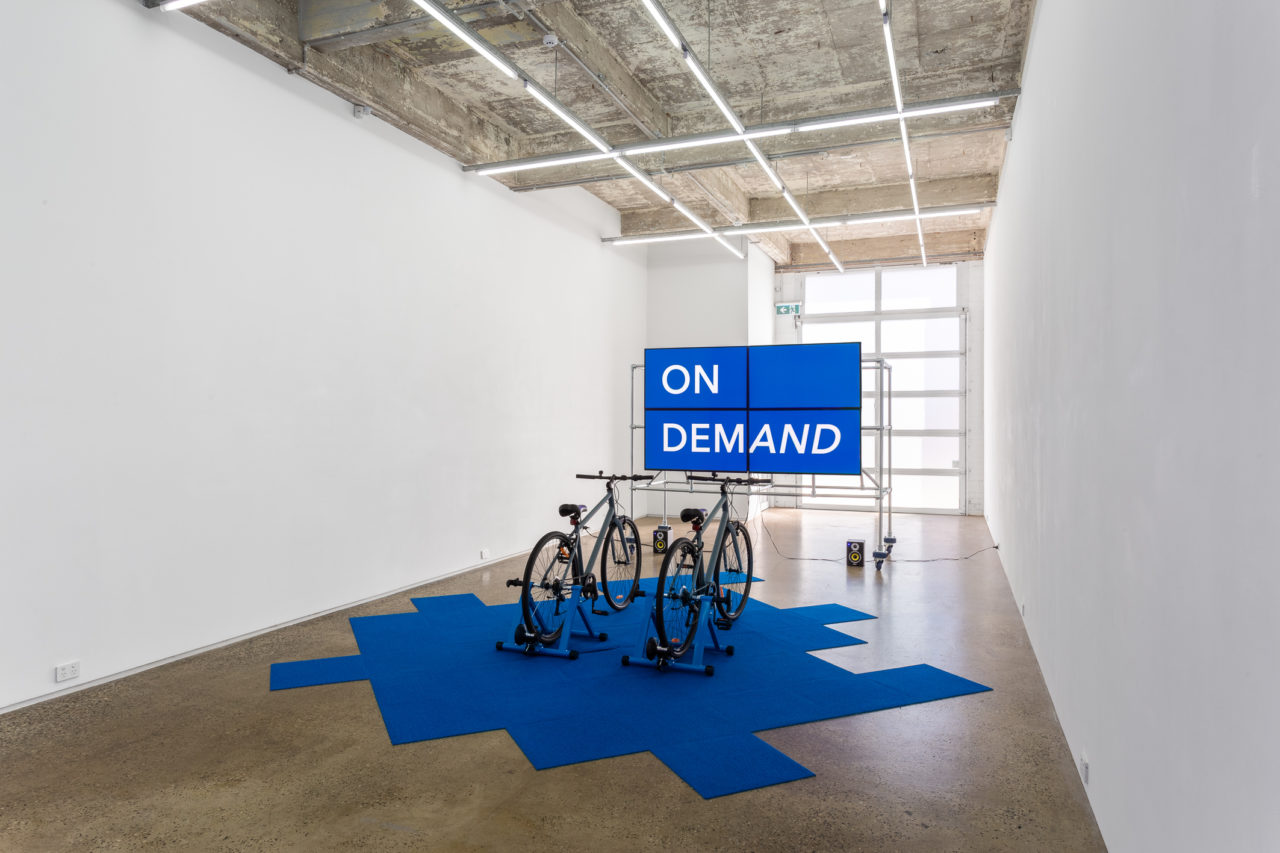 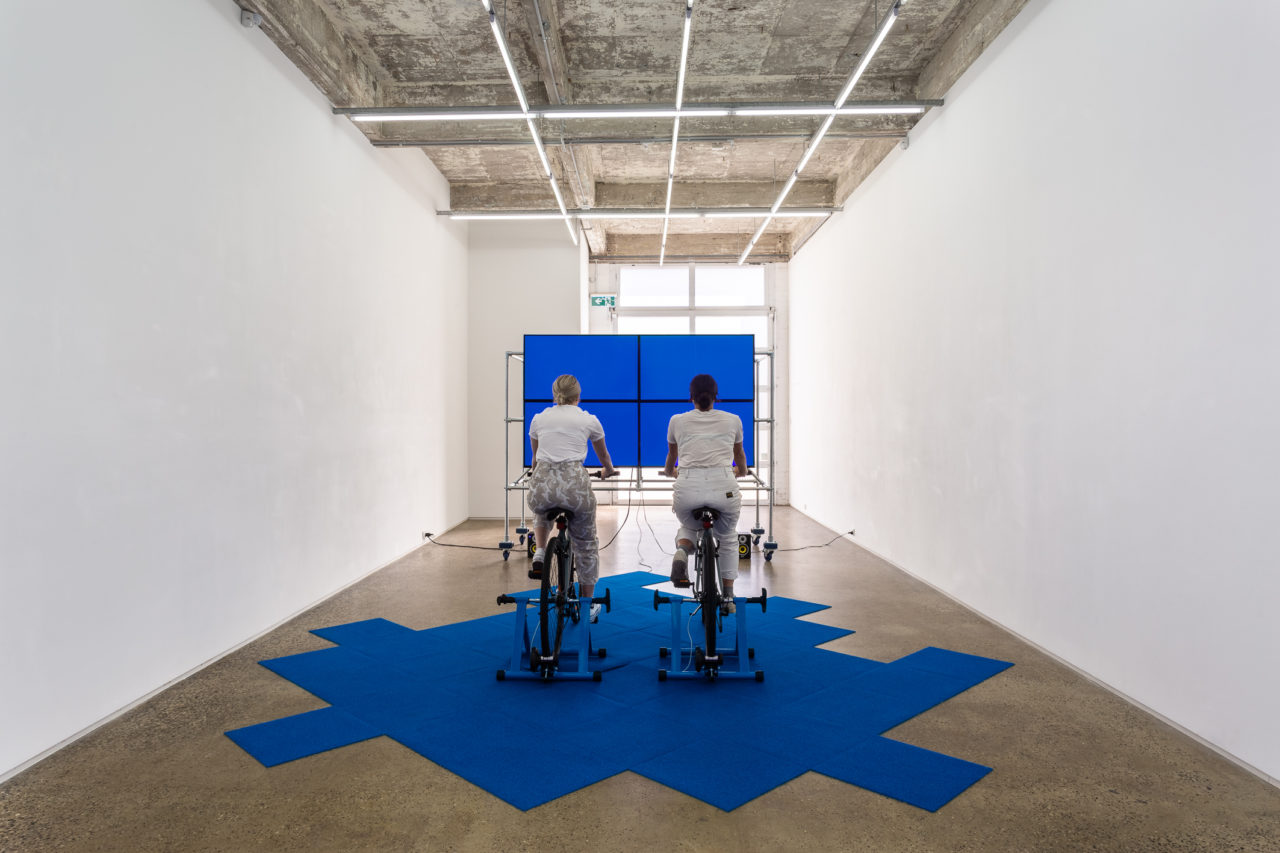 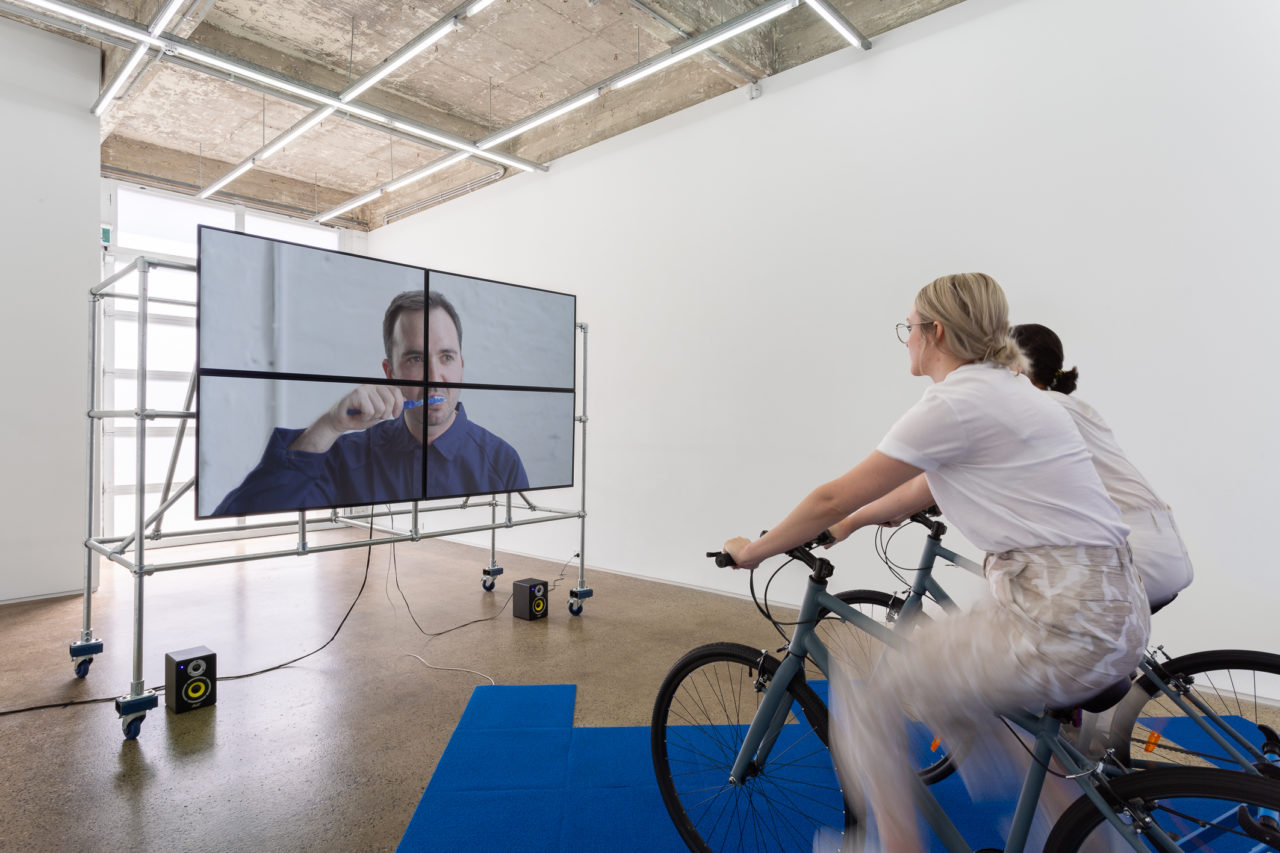 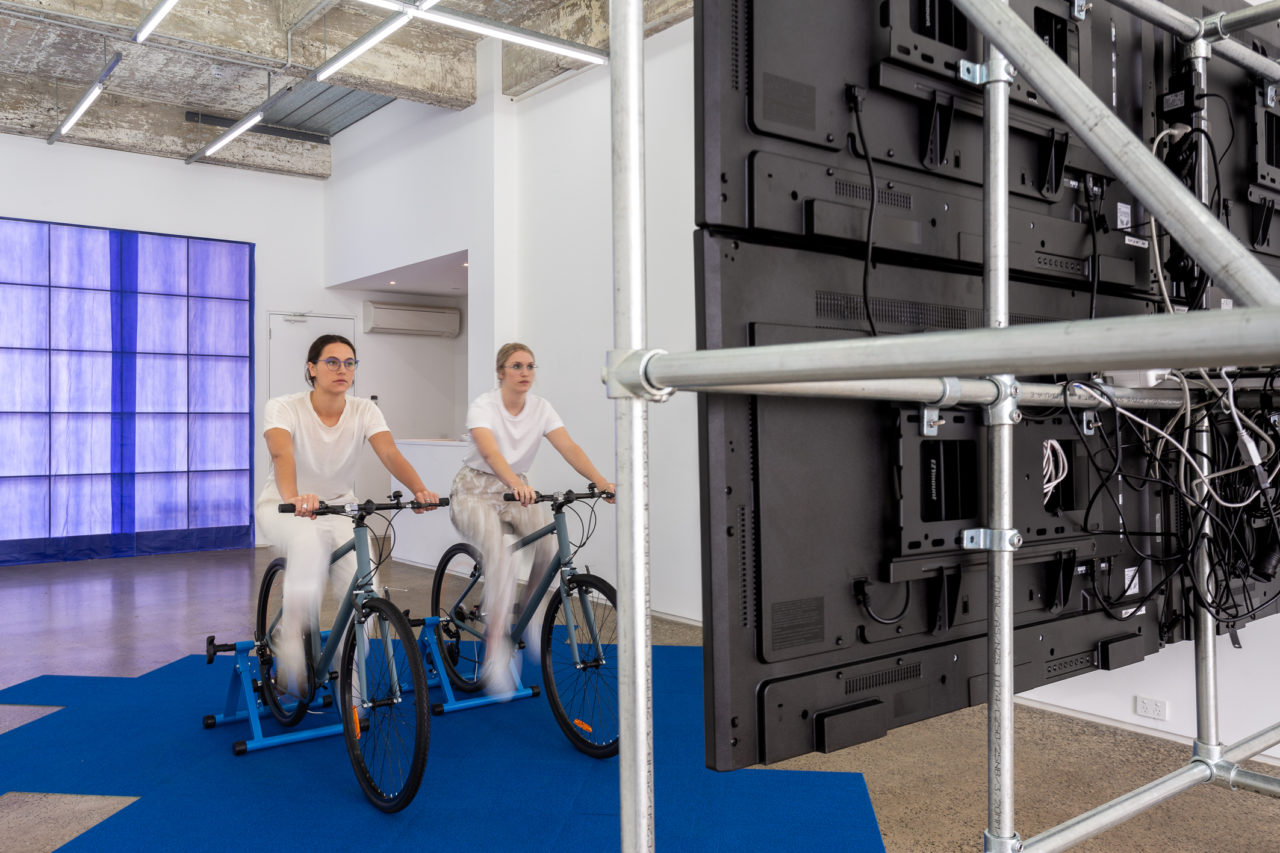 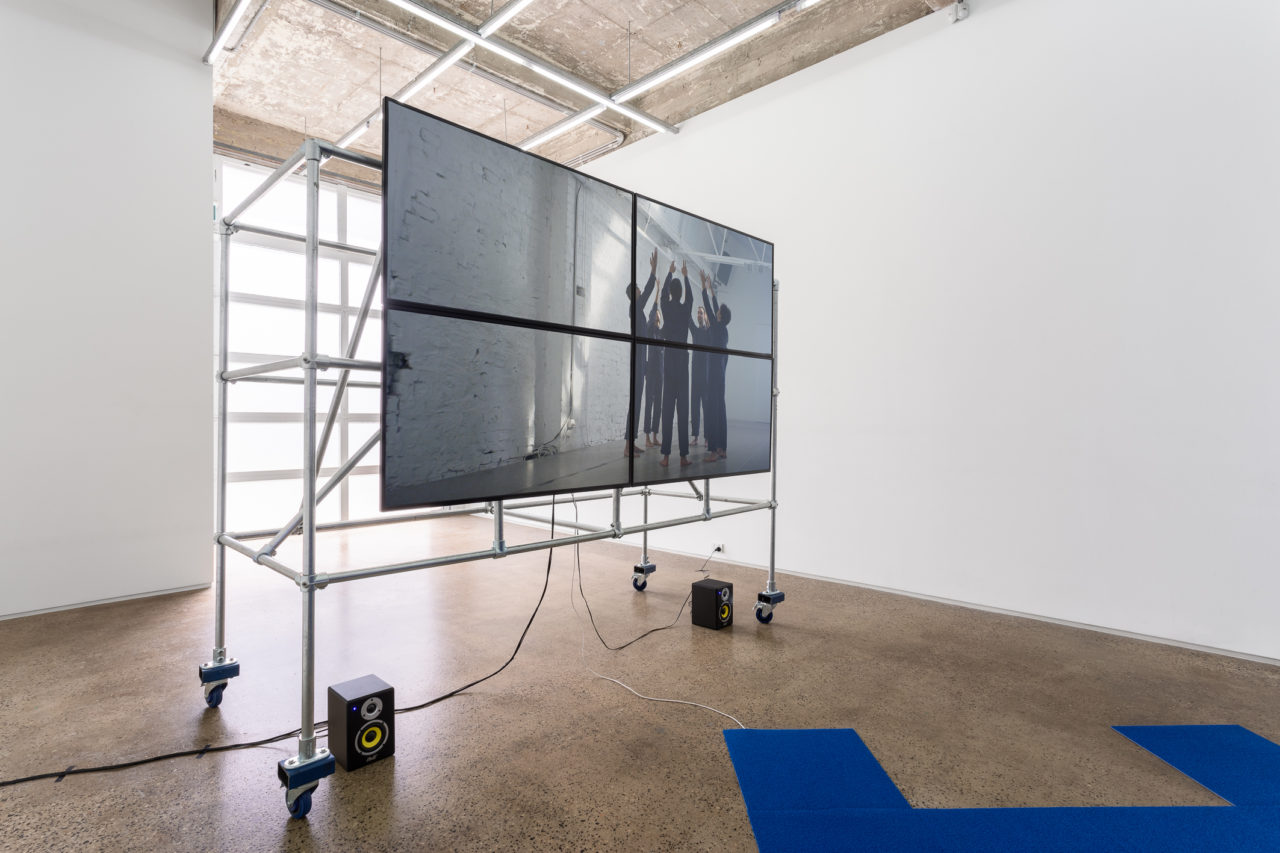 This is a pedal-powered work. You are invited to sit on a bicycle to cycle and work up a sweat to activate the work.

Made in collaboration with workers from the gig economy, ON DEMAND is a pedal-powered video work that considers work, labour, solidarity and movement (political and physical) in the neoliberal present. Living and working in the 21st-century brings precarity, competition and mobility – both for independent artists and ‘independent contractors’ of the gig economy. Self-exploitation, low wages and zero-hour contracts are shared terrain for many workers across both the cultural and service sectors.

Five workers of the gig economy (‘independent contractors’ for companies such as Uber, Airtasker and Foodora) answered the artist’s call out for ‘worker–performer’ collaborators. The worker–performers have diverse backgrounds: a family history of union and labour politics; a privileged upbringing in Pakistan; a degree in psychology; volunteer work with asylum seekers; a member of a death metal band; and artistic practice in photography and writing. Each worker–performer was interviewed by the artist, and their words and experiences appear in edited form in the work’s voiceover, as do the worker–performers themselves in the video. Lim paid each worker–performer the Australian Miscellaneous Award 2010 rate plus a provision for superannuation for their time – a gesture towards fair work conditions not generally guaranteed for gig workers or independent artists. This video work is the result of their collective negotiation – of stories, histories, movements and bodies. Lim finds a space for herself within this negotiation, inspired by her artist-hero Mierle Laderman Ukeles’ pioneering ‘work ballets’ and ongoing role as unsalaried artist-in-residence with the New York Sanitation Department. ON DEMAND is part of Lim’s ongoing enquiry into cultural production, social reproduction and living and working in the digital age. 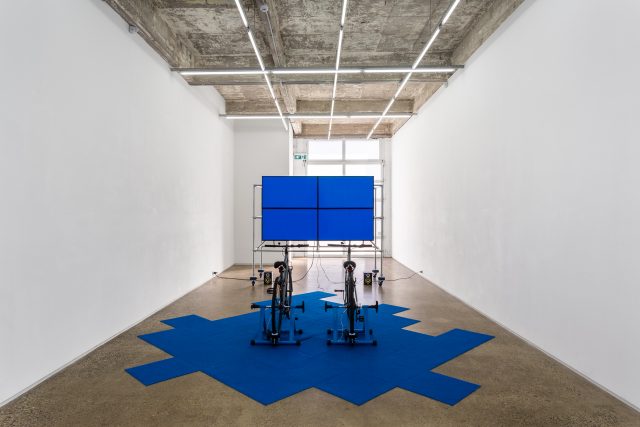