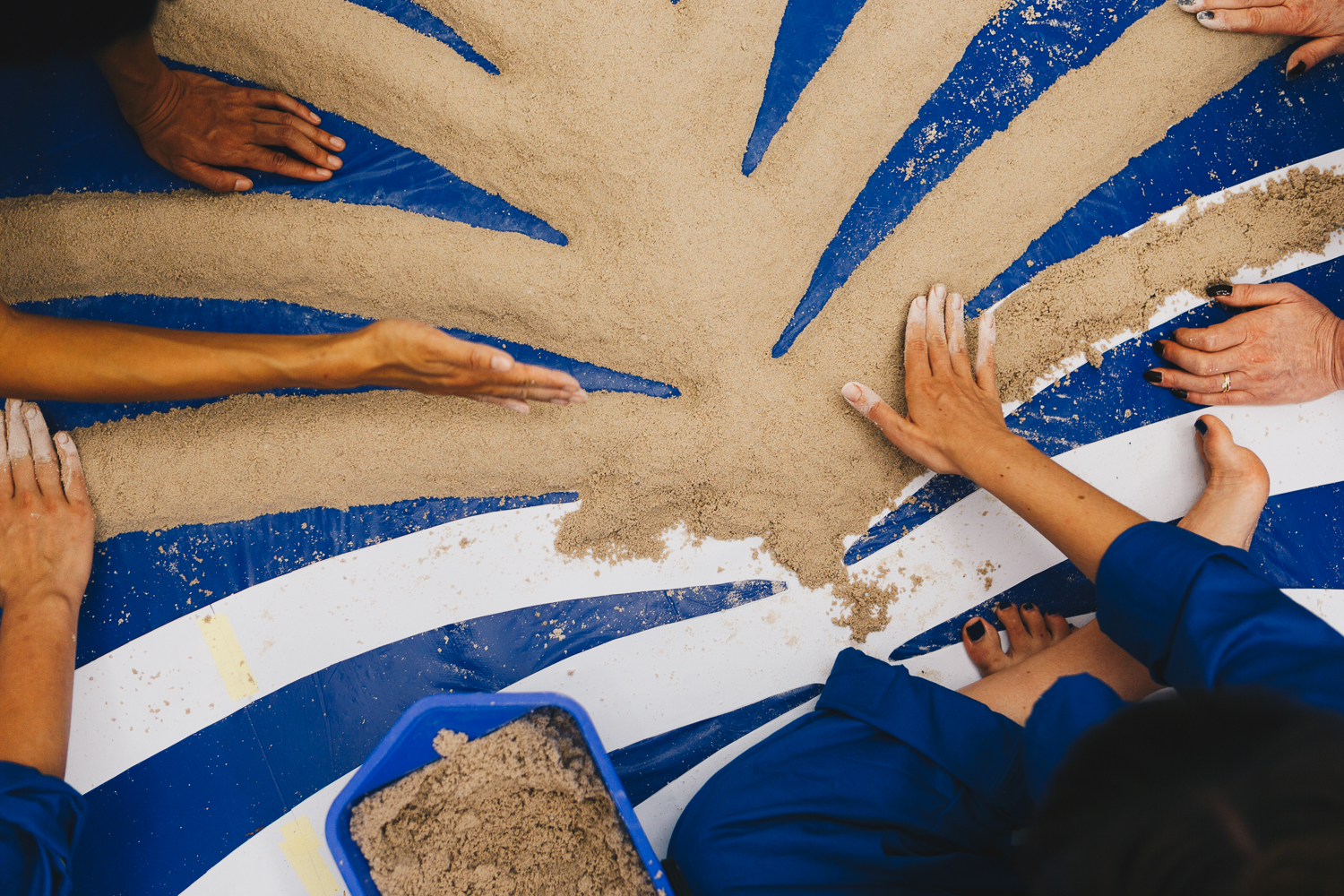 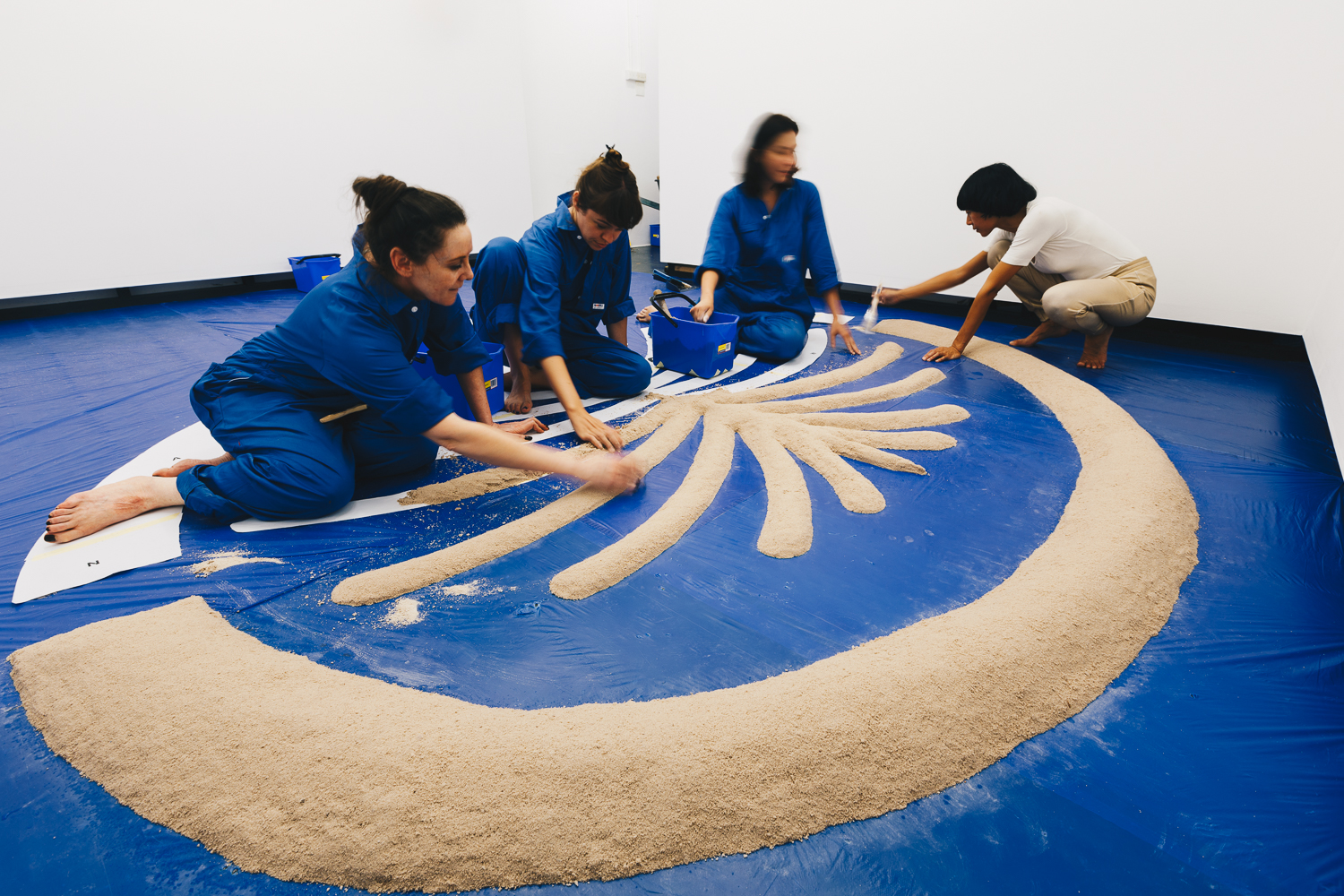 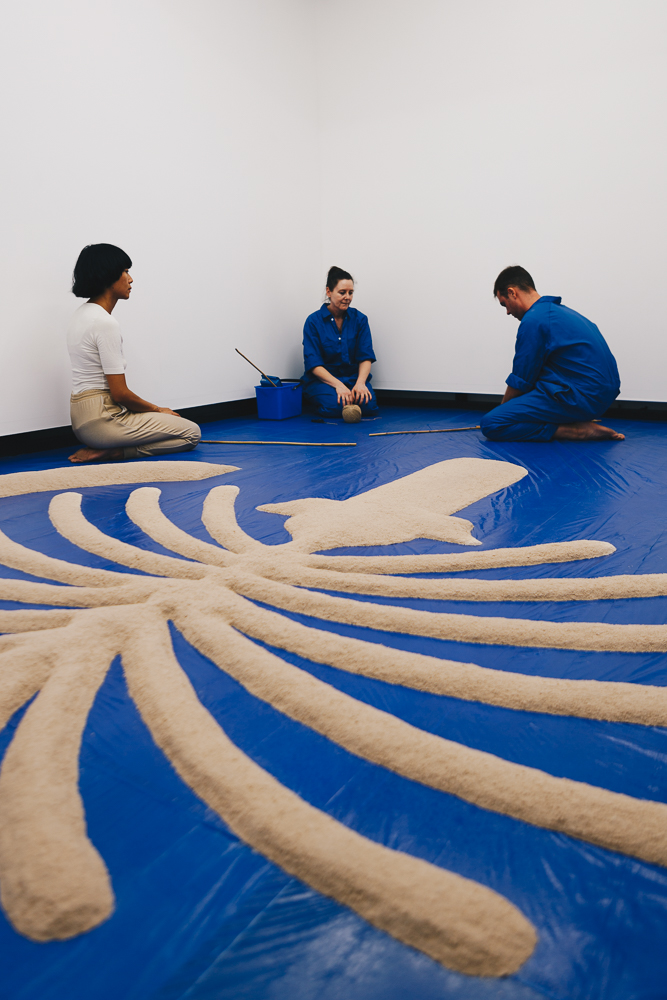 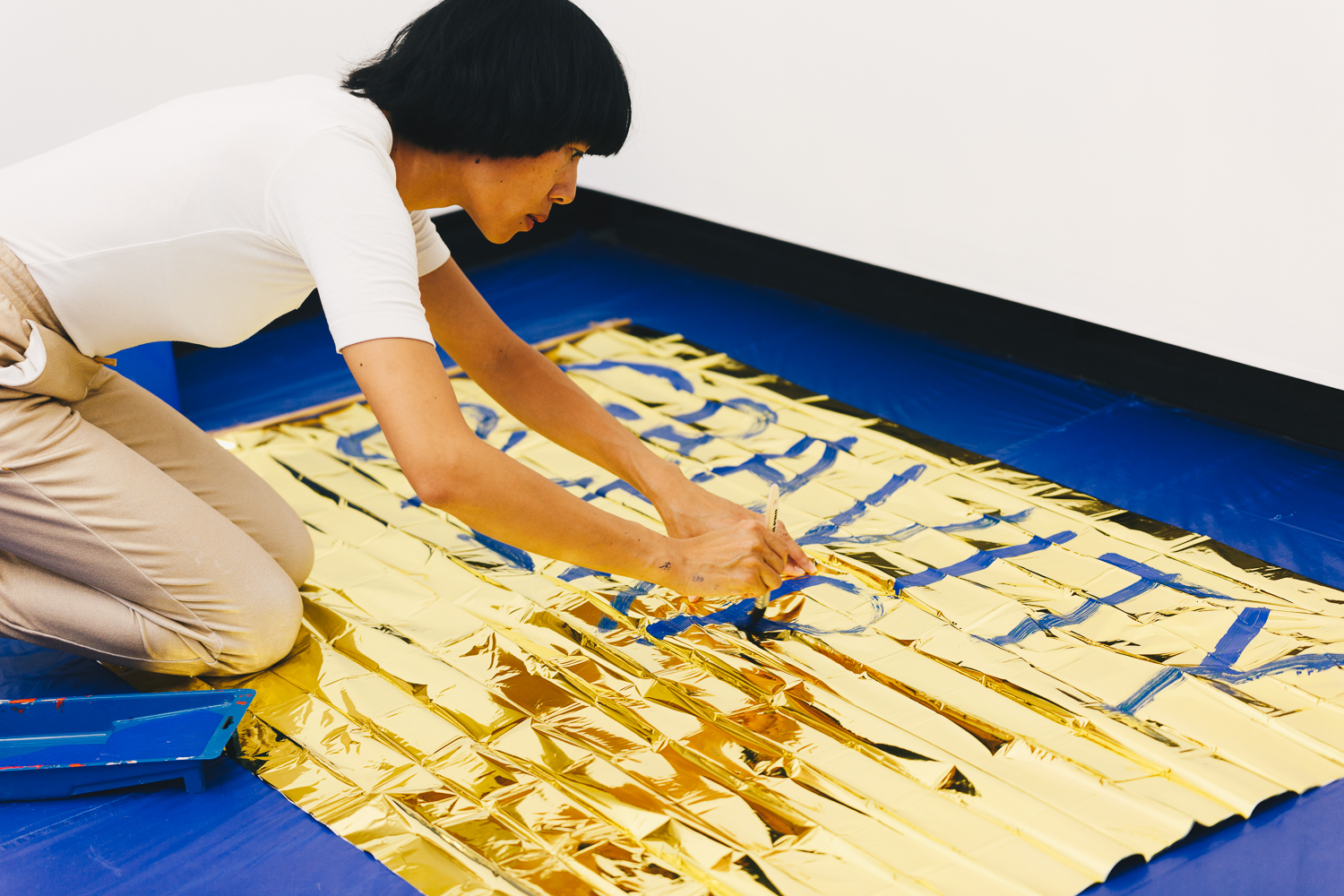 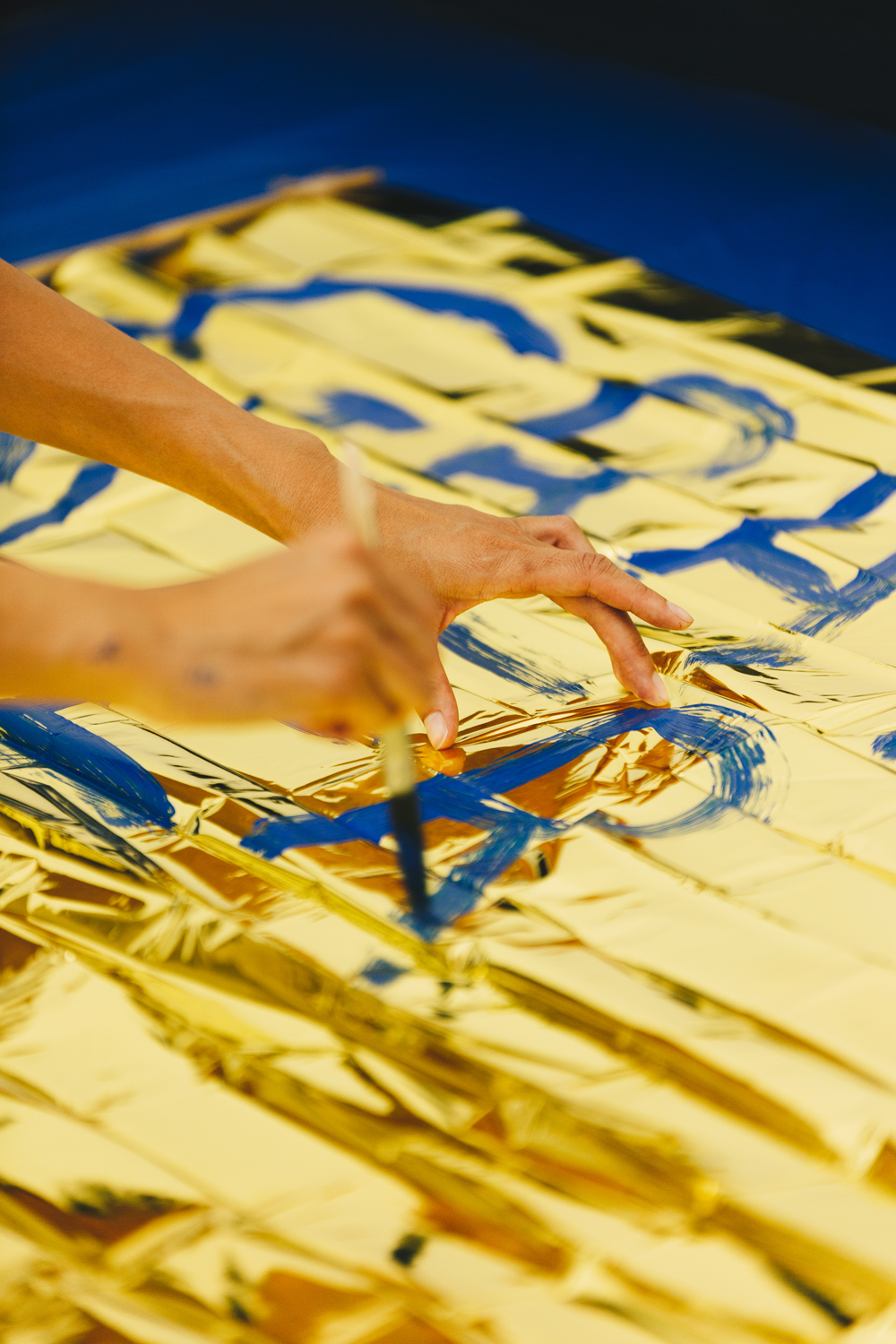 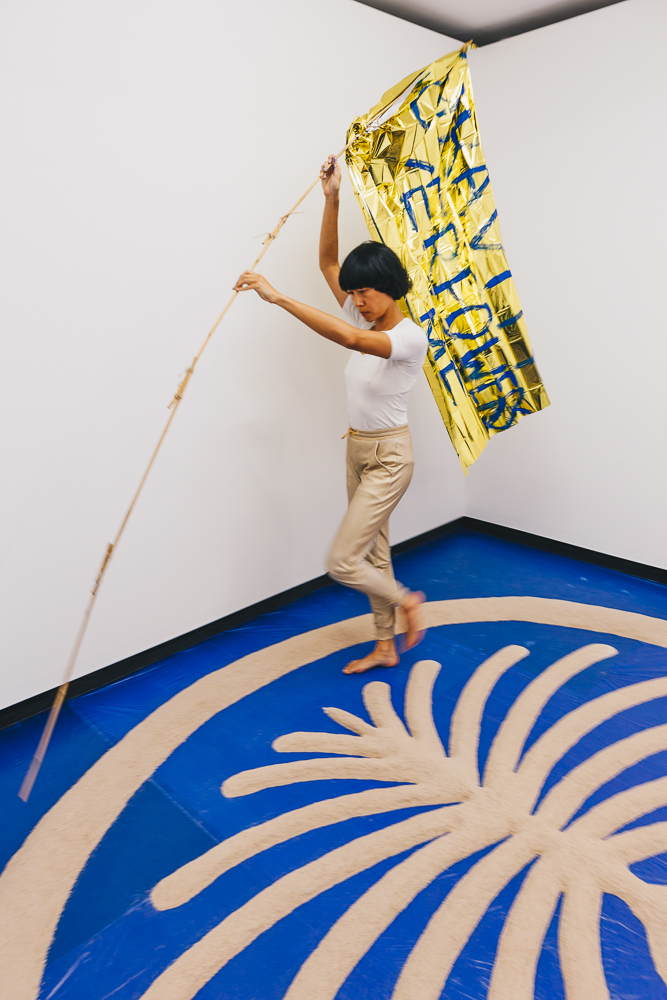 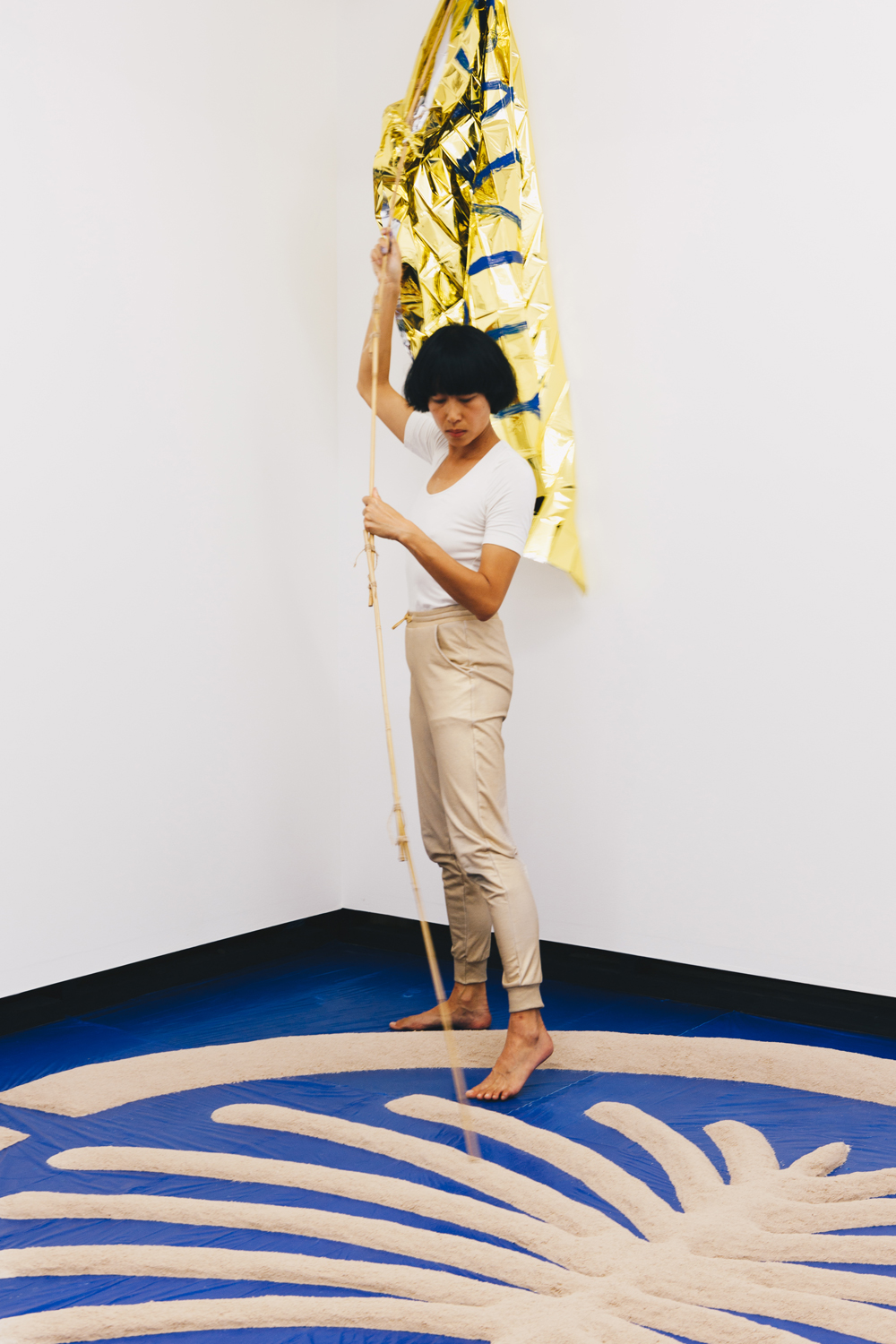 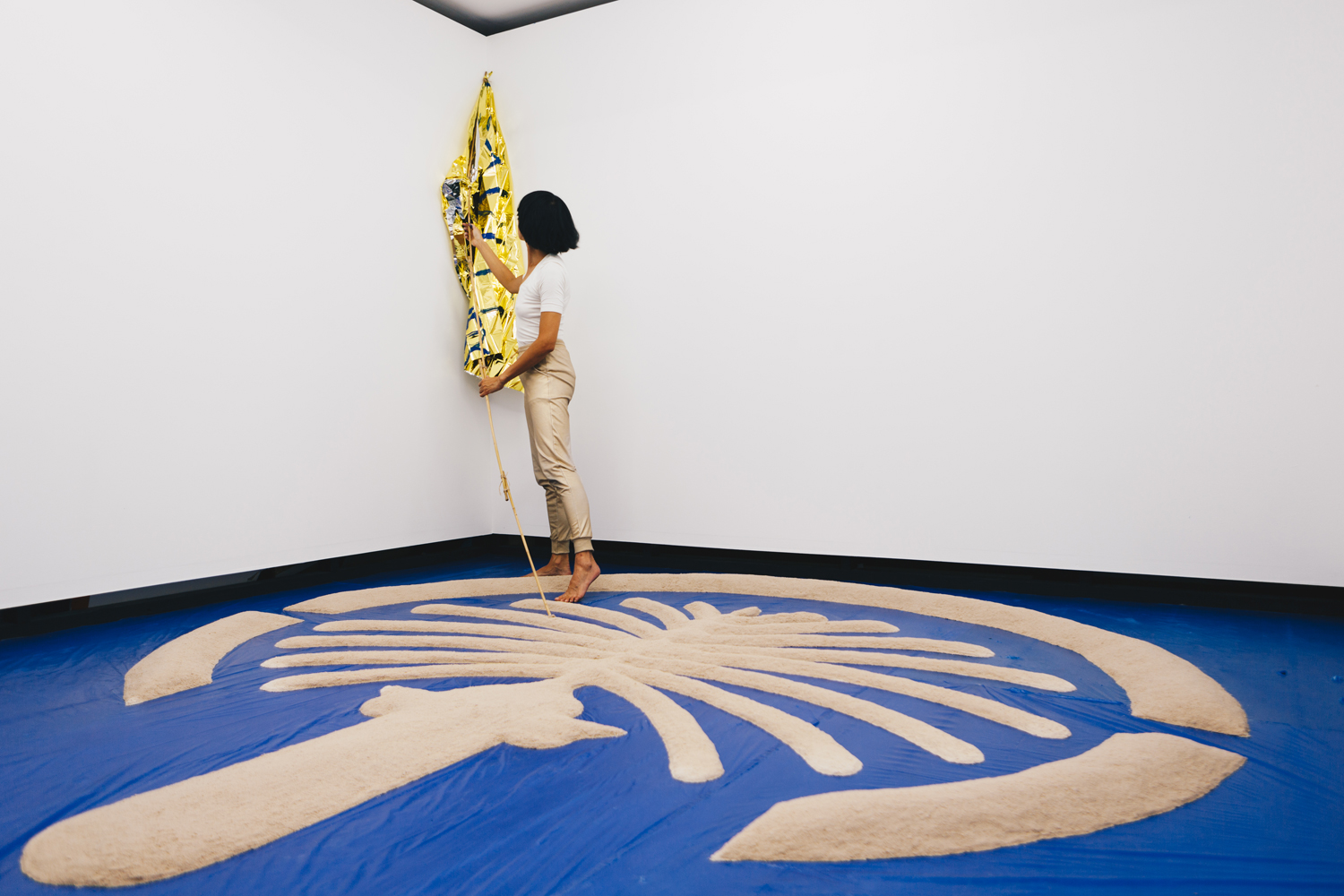 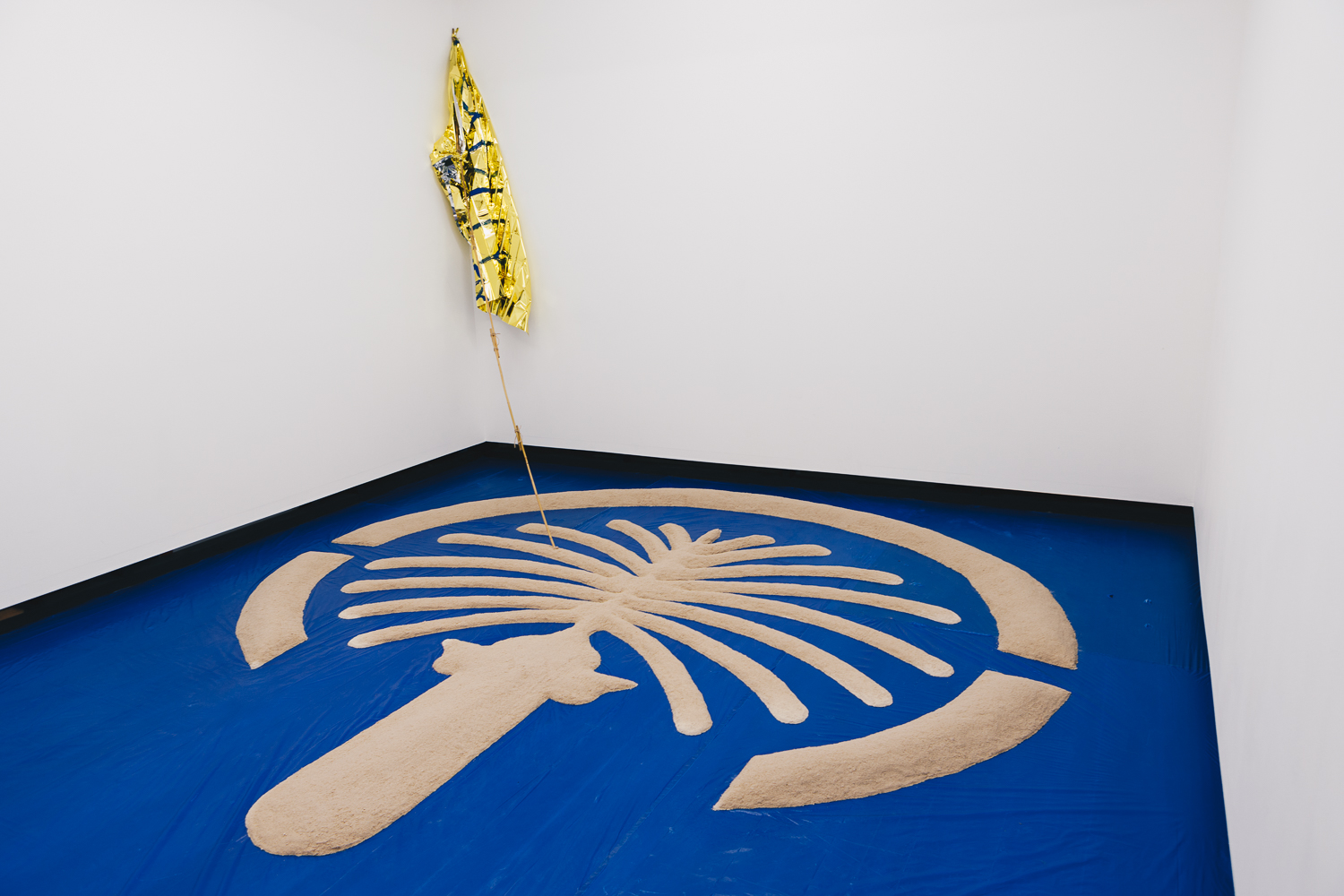 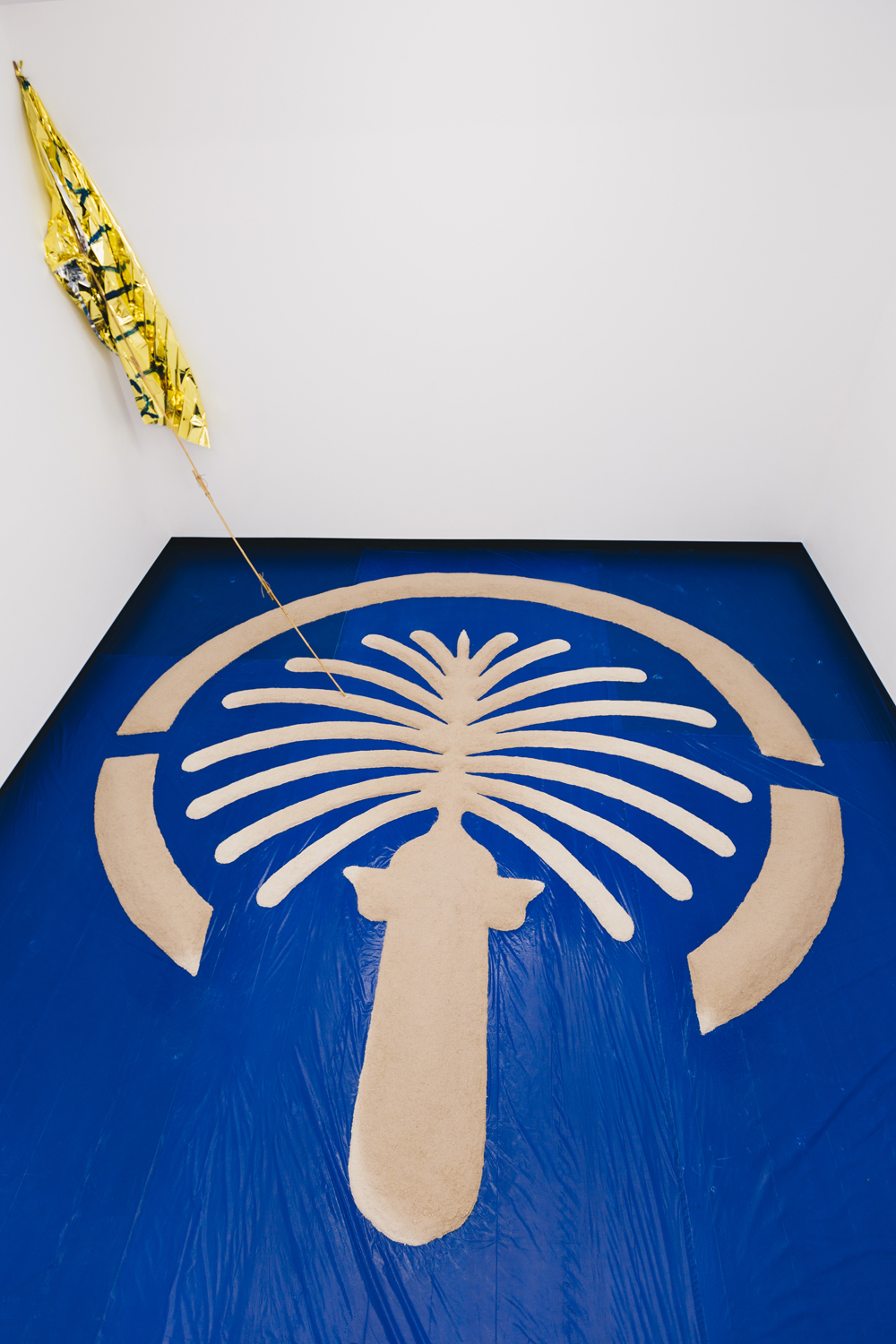 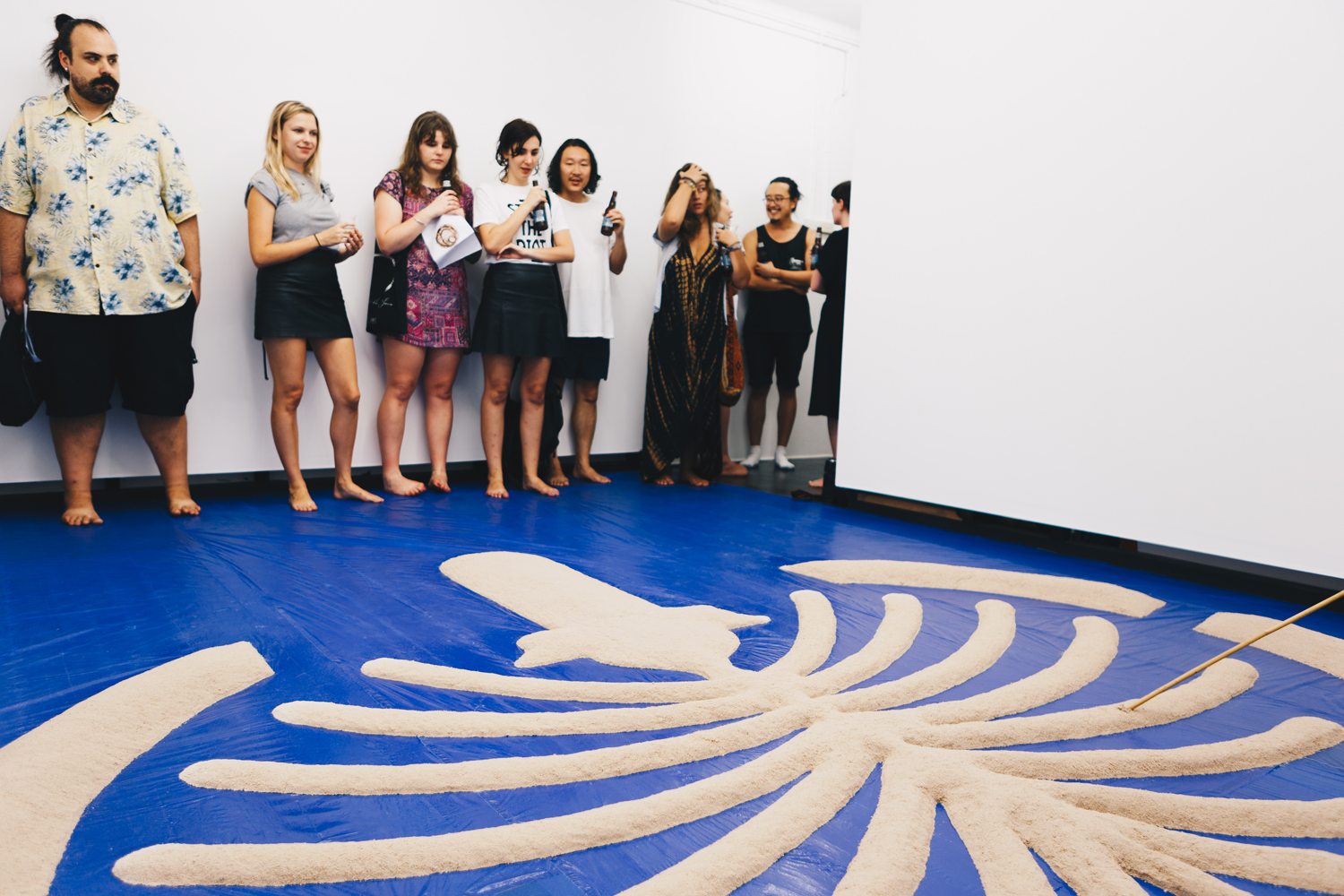 Constructed in situ over three days in collaboration with local workers, Artificial Islands (Interior Archipelago) is a manufactured landscape – a sand monument replica of the Palm Jumeirah, Dubai. Tracing a line from the mythic (and mostly male) earthworks and conceptual artists of the ‘70s – from Robert Smithson to Bas Jan Ader – to the territorial claims and artificial geographies of the South China Seas and Dubai, Artificial Islands (Interior Archipelago) explores the power dynamics and politics at play in making and marking space. What does it look like to represent a site, a self, a culture or a state?

Within the Anthropocene (the ‘Age of Man’), our current unofficial but widely accepted geological epoch, the border between nature and culture and the ‘authentic’ and ‘artificial’ is becoming increasingly unstable, even irrelevant. From Smithson’s Spiral Jetty to Dubai’s artificial islands, artists and powerbrokers mark and make territory to express selfhood and sovereignty. Compressing time and conflating art-making with island-building, Artificial Islands reflects the speculative aesthetics of the near future.

As Shumon Basar writes, Dubai is a ‘City from Zero’, the ultimate site of globalisation, hyper-capital and artificial ecology. Dubai boasts the world’s largest marina, motorway intersection, shopping centre and skyscraper. It may already have broken the record for the most world records. Dubai is also one of the world’s most intense building sites: 12-hour construction shifts merge into unpaid overtime, 6-7 days a week, 365 days a year – only stopping for prayer time.

Who builds paradise? Does one man’s exploitation and hard labour equal another man’s luxury? This first iteration of AI(IA) was built by local Sydney-based workers remunerated at the average daily rate of a Dubai construction worker* under the supervision of Eugenia Lim.

This work was made possible thanks to support from Firstdraft.